Chantel McGregor returns with her eagerly anticipated sophomore album and her first studio release since 2011.

They say all good things come to those who wait and that is most certainly the case with McGregor’s latest offering, Lose Control. The album is a lot more consistent and focused than Chantel’s debut, Like No Other, which featured a more diverse range of songs.

Chantel has always been stereotyped as blues, but that is mostly certainly not the case with Lose Control, whereby she breaks those shackles and lets loose. The album is packed full of catchy hard rocking tracks like “Killing Time,” “Southern Belle,” and “Your Fever,” which opens with some fierce crunchy guitar riffs. Although these tracks are interspersed with heartfelt acoustic ballads like “Anaesthetize” and “Home.” 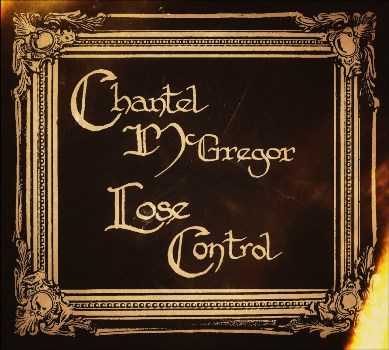 McGregor pays homage to the late Jeff Buckley with the superb “Eternal Dream,” whereby even the title of the track has a Buckley-esque ring to it. Chantel has encapsulated the style and nuances of Jeff’s playing/writing to create a track which is not only a fitting tribute to the man himself but one that he would be proud of.

However, it is the epic “Walk On Land” which will leave everyone talking. Such superb production, atmospheric backing vocals and so much passion and intensity in Chantel’s solo, most certainly the stand out track on the album.

The hard rock style of play most certainly gives Chantel the opportunity to showcase her phenomenal playing. The album will be released on Friday 09 October via Tis Rock Music and is set to be a contender for album of the year.