Nashville based singer/songwriter Sonia Leigh returns with her second album inside of twelve months.

Sonia Leigh spent the latter part of 2017 in the UK touring with the likes of Broken Witt Rebels, Joanne Shaw Taylor and British country star Katy Hurt and The Healers, to name but a few. Whilst in the capital Leigh took the opportunity to record at the world famous Abbey Road Studios with a whole raft of her esteemed musical friends and colleagues and the end result is Live In London – Studio 3 Sessions.

Following a successful Kickstarter campaign, Sonia Leigh released a brand new album at the start of the year in the shape of Mad Hatter. With this record, in particular, Leigh really bared her soul with some truly sincere and personal songwriting. Simultaneously Sonia explored many different musical styles and genres, whilst covering a lot of ground in the process.

Not one to be put inside of a box musically, Sonia Leigh’s latest offering follows the same path. The opening track of the record, a spellbinding version of Claude Debussy’s “Clair De Lune” is a testament to this. Featuring a solo piano performance from Leigh this majestic classical piece is enough to take anyone’s breath away.

Often stereotyped as a country artist, with tracks like the upbeat rocker “Alabama Bound” and “My Name Is Money” Leigh covers familiar ground. The latter of which is packed full of catchy hooks and is the perfect example of contemporary country music at its best.

The heartfelt acoustic number “Sweet Annie” was originally written by Leigh for Zac Brown back in 2013 and is one of the many standout tracks on the record. This beautiful slice of Americana truly showcases the stunning vocal talents of Sonia Leigh and Katy Hurt; the pair harmonising throughout.

Live In London features several tracks which originally featured on the Mad Hatter record, however, these four incredible numbers have been given a new lease of life. Each performance has been reworked to be more suited to a live format. This includes a stunning pedal steel infused rendition of “Jack Is Back”, the hip-hop-tinged “Walking In The Moonlight”, an upbeat version of “Sky Submarine” along with the incredibly infectious “Dead Man’s Sunrise”.

Sonia Leigh shifts gear with passionate alt-rocker “Ladder To The Moon”, and the rather gritty “Rob The Man”. The album closes by going full circle and reprising “Clair De Lune”; a beautiful way to conclude the album.

With Live In London – Studio 3 Sessions Sonia Leigh continues to traverse multiple genres with ease, her creativity and talent have no boundaries. Leigh is currently out on the road across the UK as a special guest to Tyler Bryant and the Shakedown and is not to be missed. 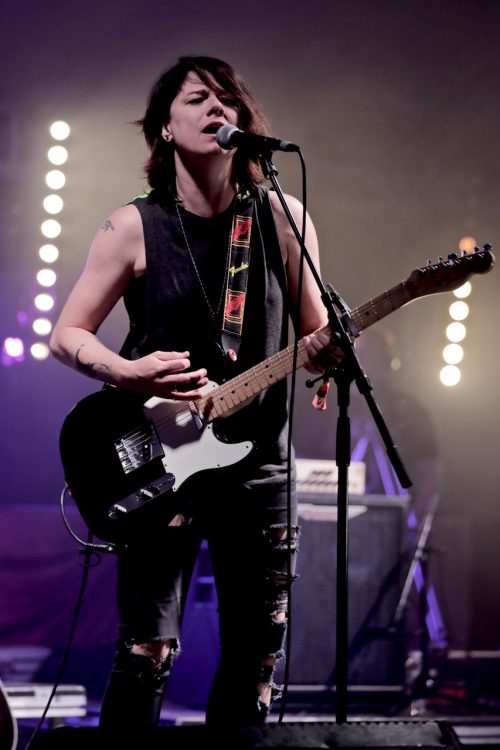