Getting the nod from Rockstar Energy Drink Mayhem Festival is sweet in and of itself. Releasing a new album as well this month, is priceless.

Shattered Sun is a six-piece outfit from a small, sleepy little place in Texas that formed its current line-up in 2011. The band is made up of Marcos Leal (vocals), Daniel Trejo (guitar), Jessie Santos (guitar), Joseph Guajardo (bass), Robert Garza (drums), and Henry Garza (keys/samples). The new album, Hope Within Hatred, is scheduled to drop Apr 21, 2015 from Victory Records wherever you get your favorite music from.

â€œThis is more than just a band putting out an album, going on tour, or signing to a label. This is living proof that no matter who you are, where youâ€™re from, or what people tell you, you can overcome and turn dreams into reality. Everything that has crossed our path, from the continued support of friends and family to the discouragement of our greatest enemies, has left us with no regret.â€ ~ Shattered Sun

This offering has a total of eleven tracks on the LP. It was produced by Robert Beltran, who also did the bandâ€™s 2011 release, Confessions, at Precision Studio in Corpus Christi, TX. Their style is self-described as, “Heavy/thrash metal with incredible guitar riffs, vocal distortions and that magnetic raw appeal that allows them to create that maximum effect with every song, every time. They can sound brutal at times, but yet they have their melodic side to them.” 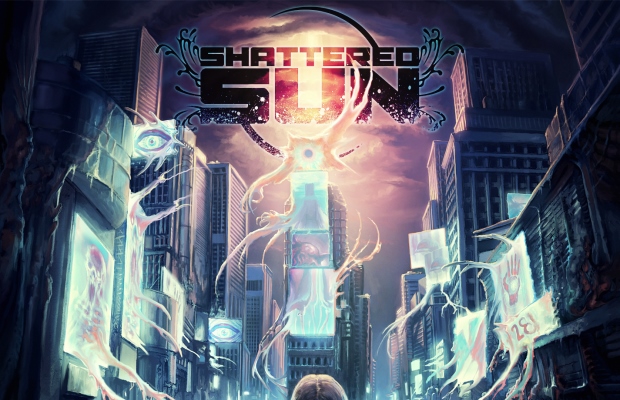 Not in any certain order, but the songs on this CD are all worthy of being broken down in their entirety. However, track eleven, “Return To Serenity,” holds a special place on the album. The cover of Testament’s 1992 song is done with respect and does it justice. It also seems to have Chuck Billy’s blessing as well.

“Reign Over Me” is a full force showing off the talents within the band. Marcos’ vocals are dirty, gravelly, and guttural when it’s called for. Both Daniel and Jessie have no problem staying in sync with each other or the fast paced tempo of the song. And while it may not be as noticeable with the high speed playing demanded by the track, Joseph adds the fullness of sound to this train flying down the tracks. Robert is playing the kit at top speed daring the guys to play faster but reeling it in barely. Henry even manages to add the sublime to the track with samples that are well placed and with great thought.

â€œWeâ€™re a band that thrives on our live shows. Weâ€™ve never really been too theatrical, itâ€™s more about the energy. We love to get the audience pumped up, get aggressive and in the crowdâ€™s face.â€ ~ Marcos Leal

The title track, “Hope Within Hatred,” is a whirlwind of dirty and clean vocals, changing tempos, underlying piano, and a unregretful message. If you like the overall sound of Hatebreed with the melodic breaks of A Skylit Drive, then I would highly suggest checking this one out. Their sound reflects the roots of their Southern backdrop, infusing state-of-the-art metal with their vibes of hope and positivity.

Some of their upcoming shows are listed below. They are a favorite band of National Rock Review’s and are worth every penny to see them live. If you happen to catch them on their comet shot to the top of the metal music scene, let us know what you think.