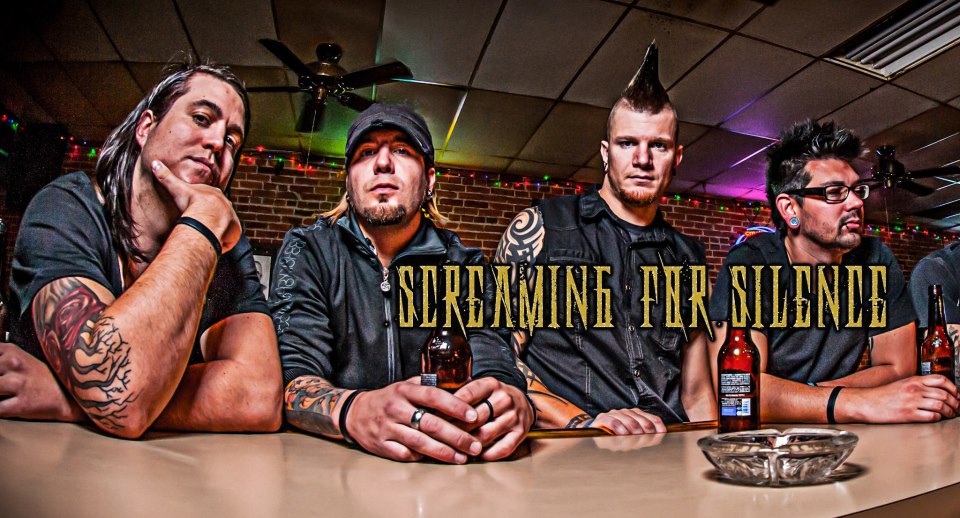 Cut from the same vein of acts like Smile Empty Soul, Saliva, Drowning Pool, Trapt and Powerman 5000 SCREAMING FOR SILENCE has collaborated with some of the Midwestâ€™s most notorious rock producers, including Justin McCain (Emphatic) and producer/sound engineer Matt Sepanic (Slipknot, Dirty Little Rabbits, Murderdolls). At its core, the SCREAMING FOR SILENCE sound is intricate with ravaged vocals and that same dynamic and power fueled energy is only equaled live in concert. In a comparably short time, SCREAMING FOR SILENCE has shared the stage with diverse bands such 12 Stones, Prospect Hill, Eye Empire and A Memory Down. Their resume doesnâ€™t end there â€“ SCREAMING FOR SILENCE has primed the stage for My Darkest Days, Stone Sour, Seether, BUSH, and played on the 2008 Rock the Ink Festival (Providence, RI) with Godsmack, Killswitch Engage, All That Remains and Sevendust.

Fans of hard rockâ€™s SCREAMING FOR SILENCE gather together to unleash the daily toils; they crank their fists in the air when all the stress and disdain in their life is released in the epic anthems â€œSeparateâ€ and â€œHelpless.â€ S4S shares this story with their fans, and the next chapter is being written.

S4S has announced its indiegogo.com fundraiser â€“ to assist the bandâ€™s recording expenses for its Hollywood, Calif., sessions. The goal is to reach $10,000.00 by December 10th. With various levels that include signed drumsticks, t-shirts, laminates, album pre-order and even a â€˜6th member vacation,â€™ S4S isnâ€™t offering their fans a typical â€˜crowd fundingâ€™ campaign.

â€œWe know everyone is crunched for money, we get it,â€ the band says. â€œCollectively, weâ€™re doing all that we can to put our music in front of the industryâ€™s movers and shakers. But, at the end of the day, we want our fans to benefit the most â€“ this is for them. Every little bit helps. Everything.â€