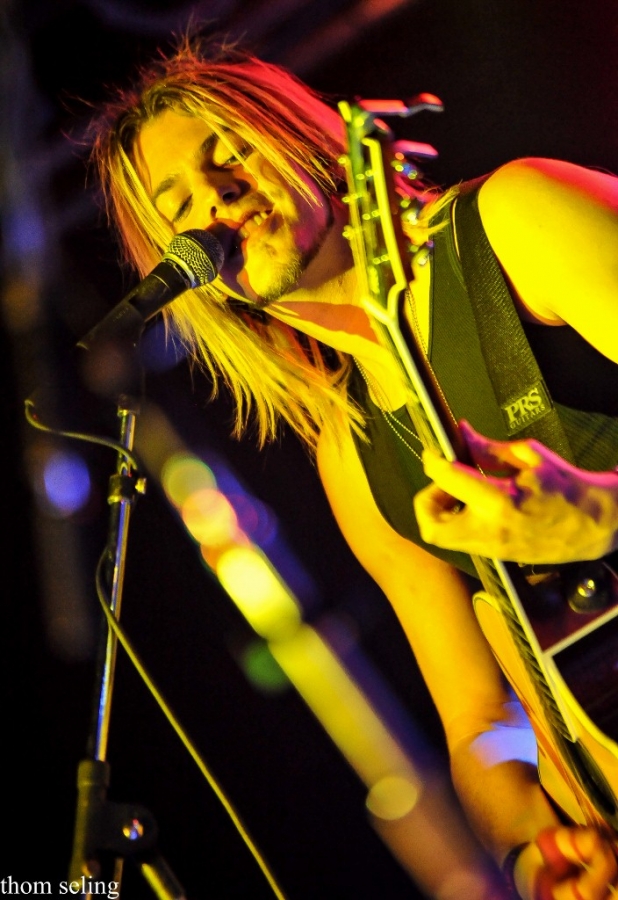 April 26th, 2014 marked the seventh time Like A Storm had played the Machine Shop. However, this time their show was nothing like anyone here had seen before.

Instead of a high energy, in-your-face, loud rock nâ€™ roll show, these three brothers (Chris Brooks, Kent Brooks, and Matt Brooks) decided to strip their music down to its bare bones and play an intimate â€˜unpluggedâ€™ acoustic set of songs collected from their back catalog.

This was a first for the majority of the 300+ in attendance. However, it was nothing new to the Stormtroopers (die-hard LAS fans) in the crowd. Most of us have experienced Like A Storm playing one of their private unplugged shows during off nights on their tours.

In fact, my first introduction to the band was a private acoustic show they did at a friendâ€™s house in Flushing, Michigan back in 2012. Having seen them perform their â€˜rockâ€™ show every time since then, it was a pleasure to have the opportunity to see them perform acoustic again.

Let me tell you, whether it is an acoustic show or a regular show, these guys do NOT disappoint! Chris opened up the show playing his didgeridoo intro, The End of the Beginning, that has become a staple at every one of their shows. People love the â€˜didgeâ€™ and these guys have definitely found their niche by incorporating it as a regular part of their band.

Like A Storm rolled through many of their classic tunes, such as Lie To Me, Chemical Infatuation, Never Surrender, Enemy, Break Free, Love The Way You Hate Me as well as an incredible rendition of Interstate Love Song (originally recorded by Stone Temple Pilots). Interstate Love Song was a personal highlight for me. Although it was done acoustic, these three brothers played the song with as much heart, soul, and intensity as the original version.

Chris, Kent, and Matt told us the stories behind their songs, giving their set a similar feeling to that of MTV Unplugged or VH1 Storytellers. They were very humble always thanking their fans for their undying support. They even sent out a personal thank you to Tony Labrie of Banana 101.5 Flint Rock Radio for being the first DJ to push Love The Way You Hate Me on FM radio. They said it was because of the support from the Banana that SiriusXM Radio gave the song a chance. And, it is because of their loyal fan support that Love The Way You Hate Me has made it to #1 on SiriusXM Octane Big ‘Uns Countdown, beating out the likes of Pop Evil, Five Finger Death Punch, Three Days Grace, Avenged Sevenfold, and Seether. Not too bad for an independent band!

Our photographer, Thom Seling, was on hand to catch their act. Here are his images from that night.

I had the opportunity to sit down and talk with these guys after their set. Here is that interview: