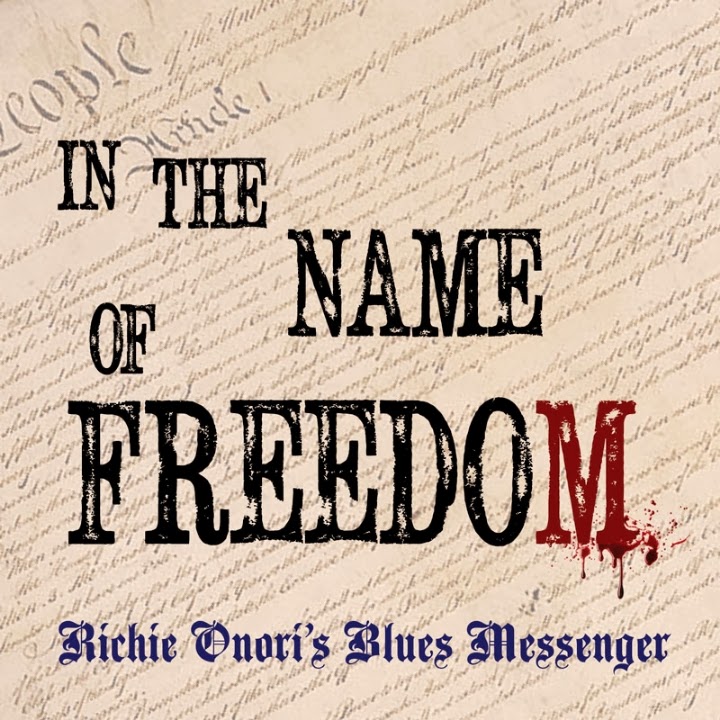 “Who?”, you might ask (as I did when asked to review this CD). Richie Onoriâ€™s music career started at an early age. He was only 16 when he was asked to join ? [Question Mark] & the Mysterians (mostly known for their hit 96 Tears).

After that, he went on to the group Satyr, which included Chuck Wright (of Quiet Riot fame) and Pat Regan (famed rock producer for KISS, Ritchie Blackmore, and Deep Purple).

Later on, Richie formed the Aliens of Extraordinary Ability with Stuart Smith & Keith Emerson (of Emerson, Lake & Palmer fame). Although Aliens was a short-lived band, Richie continued to work with Stuart in the band Heaven & Earth (to which Richie still plays with today).

Although having built a career working with some of the most influential musicians in the fields of rock and jazz, and being a versatile percussionist with the ability to perform in many styles, In The Name Of Freedom is predominantly a blues influenced rock album with political undertones. Richie provides his extraordinary drumming along with vocals and some guitars. His band is rounded out by Phil Woodard, on guitar, and Marvin Sperling, on bass guitar. The album was produced by Dan Jenkins, known for his work with Tower Of Power, Dionne Warwick, and Tori Amos, among others.

Richie is very passionate with what he writes about and it shows in his lyrics. Unlike most of the pop-rock music on todayâ€™s radio, this album offers old school rock rhythms and heavy blues influenced guitar riffs blended with lyrics that matter.

The opening track, Power To The People, is a call-to-action anthem which tells the listener to open up their eyes and asks them â€œDonâ€™t You Want To Stay Free?â€ The song focuses on human rights and individual freedom. Along with some blazing guitar work, Richie tells us â€œWe The People, We Hold The Power, We The People, United We Strongâ€.

Next up is Hey You (Better Think Again). This song opens up with some of the best guitar work on the entire album. It has the rawness of Jimi Hendrix mixed with some modern-day blues of Joe Bonomassa. This song is a stab at the â€œWall Street speculatorsâ€ and the â€œDrug pushing companiesâ€ who â€œKeep putting our money in their pocketsâ€.

Long Live Rock, the third track, is a straight forward rocker that gives the modern age a rock anthem. It has great harmonies with a catchy chorus, and is one I could easily see everyone singing along to at one of Richieâ€™s concerts.

Track four, American Fighters, starts out with a mellow groove reminiscent of Bon Joviâ€™s Blaze Of Glory. This song is patriotic with a political slant to it. Richie sings about how the bankers are â€œRaping the needyâ€ and how they are saying â€œItâ€™s the American wayâ€. He calls for us to stand up, as American Fighters, telling us itâ€™s â€œTime to clean it up and turn it aroundâ€.

Buffalo Nation follows next. It features some great B3 Hammond & Wurlitzer work by John â€˜JTâ€™ Thomas, giving an underlying Doors feel to it.

Blues Messenger is the bandâ€™s theme song. It tells us how â€œTime is running short and that itâ€™s time to careâ€. Itâ€™s a plea for everyone to learn how to get along and live with each other. Jon Greathouse added some great keyboards to this track. This is a positive song with uplifting lyrics which also includes some beautiful backing vocals provided by Francesca Capasso & Aina Skinnes Oâ€™Kane.

On, In The Name Of Freedom, Richie expresses his concerns about our freedoms being threatened. Sal Rodriguez adds some conga work and gives the song an early 70â€™s Santana feel to it. 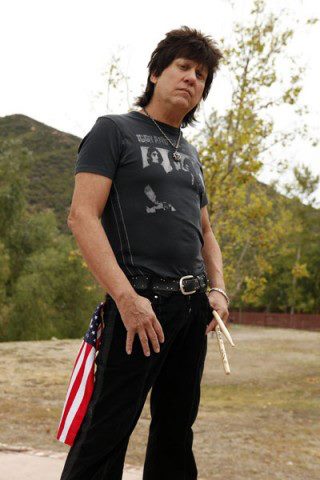 Come Together Weâ€™re The U.S.A. has a funk groove to it. Chris Mostert adds some saxophone while Bill Lamb provides some trumpet and Mark Josephson some violin. There is a break down, during the middle of the song, where the violin mixes with some acoustic guitar giving the song a country music feel to it. The song then kicks back into full gear ending on a rockingâ€™ beat!

Richie ends the CD with The Answer. It starts out with a Pat Traverse feel to it. After spending most of the album questioning the state of the nation, Richie tries to offer us up an answer.

In a world where Rock & Roll has gone the way of Pop music, itâ€™s good to hear this album. This is a true hard rocking album with a 60â€™s activist feel to it. Whether you agree with him or not, Richie isnâ€™t afraid to tell you how he feels. To quote Richie: â€œThe system is rigged in such a way that ‘We The People’ are pitted against each other to create controversy, chaos, and fear. Their intent is to distract the attention away from them. We canâ€™t, as citizens, come together to defeat this attack if we donâ€™t know who the real targets are. There are very few that know who the targets areâ€¦ do you?â€ Richie has a deep love for his Country and does not like the direction it is heading. He isnâ€™t necessarily the best vocalist, however, he doesnâ€™t need to be as his music does the talking for him!

NRR Note: Be sure to the interview with Richie Onori.