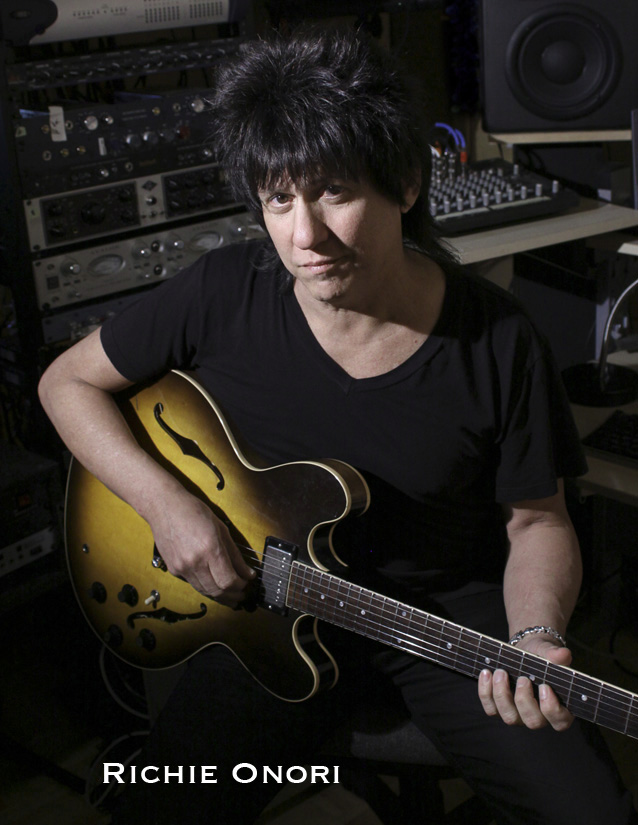 “The system is rigged in such a way that “We The People” are pitted against each other to create controversy, chaos, and fear. Their intent is to distract the attention away from them. We can’t, as citizens, come together to defeat this attack if we don’t know who the real targets are. There are very few that know who the targets are – do you?” Richie Onori

(HOLLYWOOD, Calif.) – Richie Onori’s Blues Messenger, fronted by rock musician Richie Onori, champion human rights and individual freedoms with the release of “In The Name Of Freedom,” scheduled to drop October 1. The album was produced by Dan Jenkins, known for his work with, among others, Tori Amos, Dionne Warwick, and Tower of Power.

The band (Phil Woodard, guitar; Marvin Sperling, bass; Richie Onori, guitars/vocals) is fronted by Onori, renowned for his high-energy drumming in both multi-platinum bands The Sweet (“Ballroom Blitz,” “Fox On The Run”) as well as Heaven And Earth, both of whom he continues to be active in.

“Power To The People” is a call-to-action anthem:
United we stand, divided we fall.
Together we win, will you answer the call,
Here is the simple truth, I dare you to see,
We better come together, if you want to stay free.

Other tracks on In The Name Of Freedom: “American Fighters,” “Hey You (Better Think Again),” “Buffalo Nations,” “Blues Messenger,” “Long Live Rock,” “The Answer,” “Come Together We’re The U.S.A.,” and the title track.

“We the people do have the power right now,” continues Onori, whose previous album, The Days Of Innocence, was selected 2012’s “Rock Album of the Year” by Rock Over America magazine. “The time is now to organize and unify before it’s too late. As citizens let’s focus on what is ethically right instead of being separated and distracted by this petty political circus in front of us and which is being purported by the bought-and-sold corporate interests.”

Buy the cd at www.richieonori.com