Take glam metal, copious amounts of hair products, and a Laissez-faire mindset and you have one hell of a party on your hands, Jack.

Michael Starr (vocals), Satchel (guitar), Lexxi Foxx (bass), and Stix Zadinia (drums) need no real introduction, but if you still haven’t heard of their band and the shenanigans that follow them, let us welcome you to the world of Steel Panther. Metal Shop was the beginning of the group soon to be known as Metal Skool, and then Steel Panther as a beginner’s crash course in the band’s history within the relatively stable line-up of the present day guys. 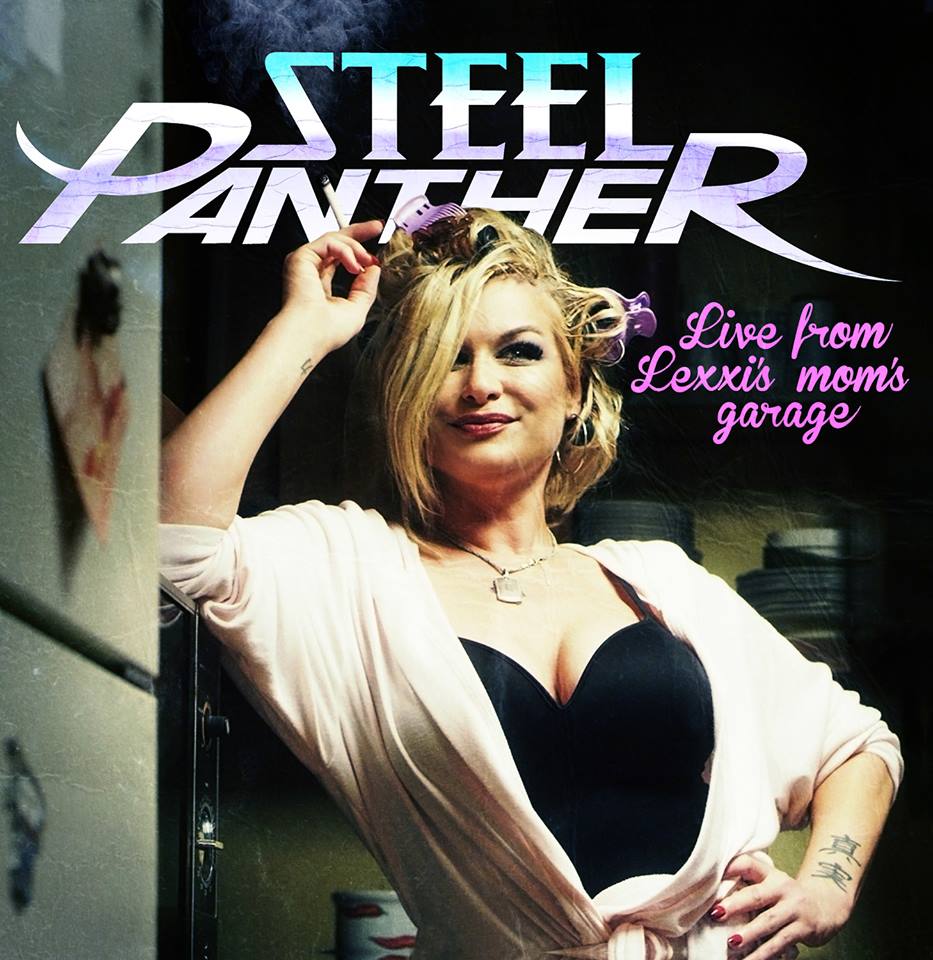 After 2014’s All You Can Eat studio album, the guys are back with a new effort, Live From Lexxi’s Mom’s Garage, a live acoustic release that hit shelves Feb 26, 2016. We got a very memorable few minutes with Stix to talk about how hot Lexxi’s mom is, the new release of course, and a life moment in the long, storied career of the band that is burned into Stix’s mind’s eye for the rest of eternity while playing at the Roxy*.

The interview with Stix Zadinia of Steel Panther:

We, at the National Rock Review quality and control department, do sincerely apologize for the audio not being as pristine as the music from “It Won’t Suck Itself” and “Glory Hole,” but it was a rough night we don’t remember in its entirety. So, with that being said, thank you for holding our hair back as we suffer the after effects of trying to stay shot for shot with Stix. We only hope the black marker on our faces wears off sooner rather than later.

*As a side note and precaution, we didn’t make anything up in this interview. What you hear is directly from Stix and what he recalls happening. Our lawyers made us say that, so take it for what it’s worth. Throw us a ‘Like’ on our Facebook or follow us on Twitter to stay up on all of your favorite bands or to let us know your thoughts and wishes for the next thing we cover.