Howie D. recently spoke to Nashville Pussy guitarist and co-founding member, Ruyter Suys. They talked about getting close to the 20-year mark for the band, their Grammy nomination back in 1999, how working with your husband helps make it all work, the loyalty of their fans, touring with Valient Thorr for most of this year, and more.

Nashville Pussy has been a fixture on the heavy music scene both in the U.S. and abroad. They formed in the late 90’s after the breakup of Nine Pound Hammer, a band that singer Blaine Cartwright was a member of. The band’s most recent studio CD, 2014’s Up The Dosage, has gotten rave reviews. They are different while remaining a big part of what we’ve grown to love about them.

The band also put out a release called 10 Years Of Pussy earlier this year. Nashville Pussy is on tour with support from Valient Thorr with U.S. dates set through the middle of September. If you get a chance to see this band, take it. You will not be disappointed with the live show or their brand of dirty rock and roll.

The Interview with Blaine Cartwright from Nashville Pussy:

Up The Dosage, the latest studio album from Nashville Pussy: 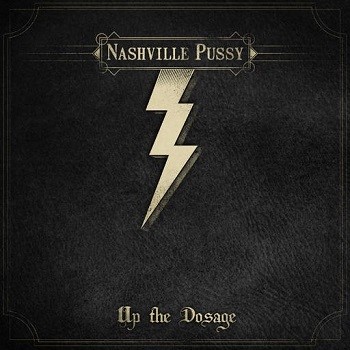