Howie D. from Hard Edge Radio and National Rock Review and his on-air co-host, Rachel May, got a chance to talk to Kim McAuliffe from Girlschool right before they took the stage at Pickle Park in Minneapolis, Minnesota. They talked about the early days of the band, going through the “guys only wanting to be in bands with guys” phase, some big events that they have planned for this year, the upcoming new CD and more.

Girlschool has been going strong since their start back 1978 and 37 years later, they are the longest running all-girl band in the history of rock music. The band has a new album hitting stores in August and they are currently on tour here in the states with Crucified Barbara. Girlschool is playing the Detroit area on Saturday June 6th at the Token Lounge in Westland and then will continue on with shows in Toronto, Brooklyn, Cleveland and a few others before heading back home to get ready for the albums release.

The interview with Kim McAuliffe from Girlschool:

Hit and Run Revisited, the most recent CD from Girlschool: 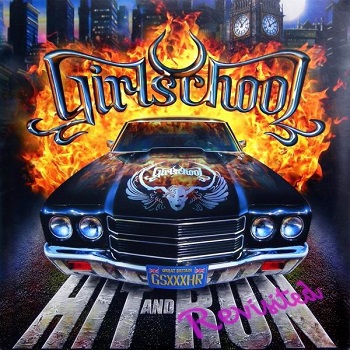