Joanne Shaw Taylor is set to hit the road across the UK in Autumn in support of her latest album The Dirty Truth.

National Rock Review recently caught up with Joanne to talk about her touring plans, her influences and what it was like to play with the BBC big band.

NRR: Thanks for taking the time to speak us here at National Rock Review, we really appreciate it.

JST: No problem, thank you for taking the time to talk to me.

NRR: You’ve been out on the road quite a lot recently. Earlier this year you were out on tour with Robin Trower. What was it like touring with Robin?

JST: It was great. I mean obviously you are talking about somebody that I grew up listening to. To be able to share a stage with him on that run was fantastic. We had a great time, it was quite a big tour, we toured extensively through the UK. We worked quite well together, kind of similar styles but different enough, it was a nice contrast. It was good fun.

NRR: Obviously, Robin is a guitar legend, but which guitarists inspired you to pick up the guitar in the beginning?

JST: Early on for me it was a lot of Texas blues when I was about 13. I’ve obviously said before Stevie Ray Vaughan was the pivotal one that steered me down that path and then Albert Collins was a really a big second influence.

My dad is such a big classic rock fan, I was exposed to a lot of that kind of stuff Zeppelin and Free. I think Paul Kossoff is probably one guitar player Iâ€™ve borrowed heavily, or Iâ€™ve been inspired by is a nicer way of putting it.

So a lot of Texas blues stuff, a lot of classic rock and you know Iâ€™m just a big music fan at the end of the day. I listen to anything and everything, so I think it all seeps in there a little bit.

NRR: That leads nicely on to the next question. You recently released a version of ‘Feels Like Home’ which you recorded with the BBC Big Band. What was that like and how did the opportunity come about?

JST: It was absolutely brilliant. It came about because the producer of the show was also the producer for Paul Jones’ radio show and we had been down and done a session with Paul. They asked me to do it.

It was great for many reasons, I rarely get to do things like that. Obviously it’s unlikely I’m going to tour with a twenty piece orchestra, we would have to get a much bigger van and trailer for a start (laughing).

It was fantastic and I just had never done anything like that before. I haven’t worked with an orchestra before. I remember going into the rehearsals and I was quite nervous at the Beeb studios in London and as soon as they kicked in it sounded like Sinatra or something. It was such an awesome big sound.

I really loved what they did with ‘Feels Like Home’, it was so interesting for me to see it taken to a different place. I thought they did a great job of elevating that song. It was so inspiring and really, really good fun.

NRR: It sounds great too, I was just listening to it today.

You are about to hit the road across the UK for an extensive tour in October. I think it’s twenty something dates. What can we expect from the show this time around?

JST: Well we are going to be playing a lot of stuff off The Dirty Truth. Basically, I keep joking that I’m calling it my ‘Greatest Hits’ tour because there is a really good mix of material off all four studio albums.

We are touring as a three piece which I’ve stripped down again to that this year just for fun for me. I wanted Dirty Truth to be a bit more of a stripped back album unlike ‘Almost Always Never’. Just a good collection of songs from the previous four albums and obviously lots of guitar playing.

NRR: Could you tell us a little bit about the touring band who are going to be out on the road with you this time?

NRR: What’s your favorite track to perform live and why?

JST: That’s a tough one. I’ve got two at the moment and this changes by the way, you know if you play the same song every night for a year you get to the point where you never want to hear it again (laughing). Right now it’s “Mud Honey” and “Tried Tested and True”.

Mud Honey is just great fun, and Tried Tested and True is one of those song I love to play because it really breaks up the set, also it’s quite autobiographical so it’s a really nice one for me to sing.

NRR: Of all the dates on this tour which one are you looking forward to the most?

JST: That’s a tough one because I’m going to offend 21 venues (laughing). I think London is always good fun and we’ve got two nights at The Jazz Cafe which is a really cool venue and there will be a lot of family there, so that will be good fun.

Probably Coventry as well because I think that’s going to be the closest, Coventry and Bromsgrove will be like the hometown gigs, but I’m looking forward to all of them really. 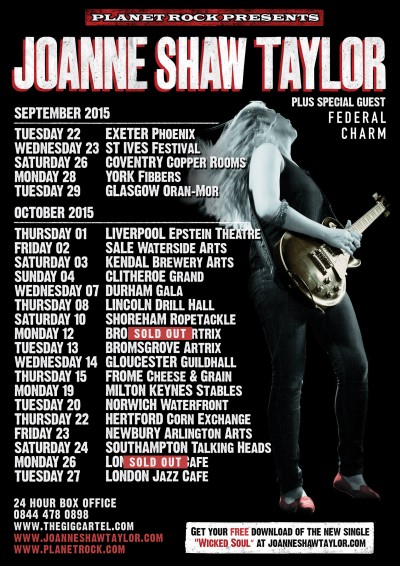 NRR: You’ve also got Federal Charm coming out to support you on these dates. They are a great young British blues band. I’ve seen them a few times, recently with Rich Robinson. Have you had a chance to see them play?

JST: Yeah, they actually opened up for us at a couple of dates last year. I know their previous manager really well so it worked out well. They are a young, exciting band and their style is kind of similar to us but not too similar, so I think it’s going to make for a really good evening. I’m looking forward to hitting the road with them.

NRR: You played at Ramblin Man Fair last week. How did that go?

JST: It was brilliant apart from it absolutely pissed it down the entire day. Which you know, typical England, thank you (laughing). It was really good fun, and it was our last European date for the summer, it was nice to go out on a high point there.

It’s obviously quite an eclectic festival as well. We didn’t get to see too much, but you know catch up with Ian Siegal and Gregg Allman, that was good fun. My drummer from all of the Jim Gaines albums plays with Gregg Allman so it was nice to see Steve Potts.

NRR: Speaking of festivals, at the end of the year you are going to be playing at Planet Rockstock. You are playing the Saturday of the festival with the likes of Rival Sons. I know you’ve played there before, are you looking forward to returning to the festival?

JST: Yeah, we had an absolute blast doing that last year. I mean Planet Rock have been so supportive of me, they are sponsoring this big run we are doing in the UK. It’s going to be kind of a band Christmas Party, it’s going to be really good fun. 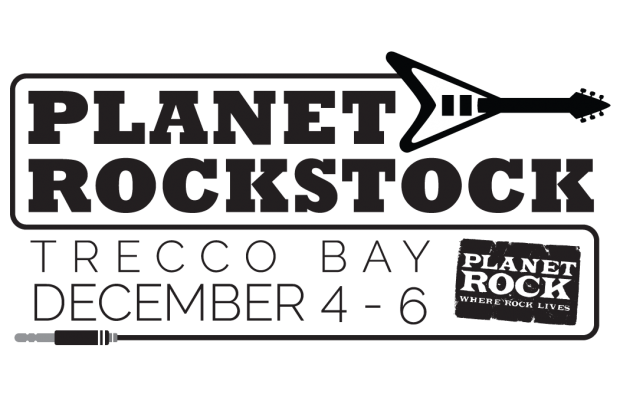 NRR: Your latest album “The Dirty Truth” is a really great album. Could you tell us a bit about the inspiration for your songwriting on the album?

JST: It was kind of a mixed bag really. I mean I don’t tend to write unless I’ve got to do an album, so with The Dirty Truth I took a week off before we went in the studio and I sat down and started getting ideas together. So you never know what you are gonna get.

My general concept for this album was I really wanted to go back to the Jim Gaines. I’d had kind of a stressful year leading up to that and I really liked the idea of going working with Jim whose like family to me know. The environment there is great, it’s just a little house in the middle of nowhere in Tennessee and itâ€™s so relaxed. So I definitely wanted that.

I wanted to go back to my roots, I wanted it to be a bit more stripped down, which it was it was mostly three piece apart from a couple of tracks. That was the general concept. In terms of songs I always just try to get together the best songs I can write at that moment in time. I don’t tend to try to force myself to write X amount of blues songs or X amounts of ballads.

NRR: National Rock Review is actually based out of Detroit which I know you are familiar with. Do you have any plans to play any shows in the U.S. any time soon?

JST: Yeah we are actually going over next week. We’ve just got two festivals and some kind of TV promo stuff but that’s going to be exciting. I think we are going to do a bigger run in the States at the beginning of next year now, because we are kind of busy in Europe.

I’m looking forward to going home, I’ve haven’t been home since March, so I’ve got to check that my friends are all still my friends. I’m hoping.

NRR: So what else do you have in store. Do you have any plans to do any more writing?

JST: We are obviously going to be pretty busy with this UK and European run and then Planet Rockstock, but we are planning on going into the studio at the beginning of next year. Those plans are kind of loose at the moment with a view to getting an album out a bit later in 2016. Shortly it will be time for me to start writing again.

NRR: Thanks for taking the time to speak to us.

JST: Thank you Adam for taking the time to talk to me.