A new EP is coming for Philly rockers, Everlit. The boys took a few minutes out of their rehearsal to talk to National Rock Review.

The band bio states things about as well as one can. “Everlit was born as a band in 2014 when Jordan, Ryan, and Jacob came together with another friend from High School, Guitarist Anthony Michael. They connected with Taylor Larsen from the band First To Last and started writing and recording at his Oceanic Recording studio in Bethesda, MD. The result is a powerful new set of songs â€“ featuring the hard charging march and sing along chorus of â€œBreak Awayâ€ to the anthemic grooves of â€œA Phoenix Will Rise,â€ which speaks to never giving up and finally breaking through lifeâ€™s barriers to success. This band has come together as a seasoned and exciting touring unit.”

Their new EP, Renovate will hit shelves tentatively Jun 23, 2015. They are also getting ready to hit the road again in support of the new CD. If you see them live, or you like the interview below, please let us know what you think of them. Now, on to the show.

NRR: How did you guys come together and how did you settle on Everlit?
Ryan: Hey Erich. First, we just want to say thanks for taking the time to chat with us. Most people are still finding out that myself, Jordan, and Jake all played together in the band Willpowerless. In 2013 we lost our long time guitarist and decided to retire the name and start a new project. We picked up a high-school friend of ours (Anthony) and went to work with Taylor Larson to start recording. We actually finalized the name while we were there. It just made sense with a new look, sound, and different lineup to do it as a new band.
NRR: If you had to describe your sound how would you do it and how different is it from the Willpowerless days?
Jordan: The easiest way to describe our sound is just hard rock. We described Willpowerless as hard rock too, but the style is definitely different. Weâ€™re more â€œrawâ€, our recording has mainly just the instruments we play, without all the strings and keys and stuff. Weâ€™re also more commercial, but heavier at the same time. Everyone will just have to listen and compare for themselves.
NRR: Talk to me about the new EP. What excites you the most about Renovate? 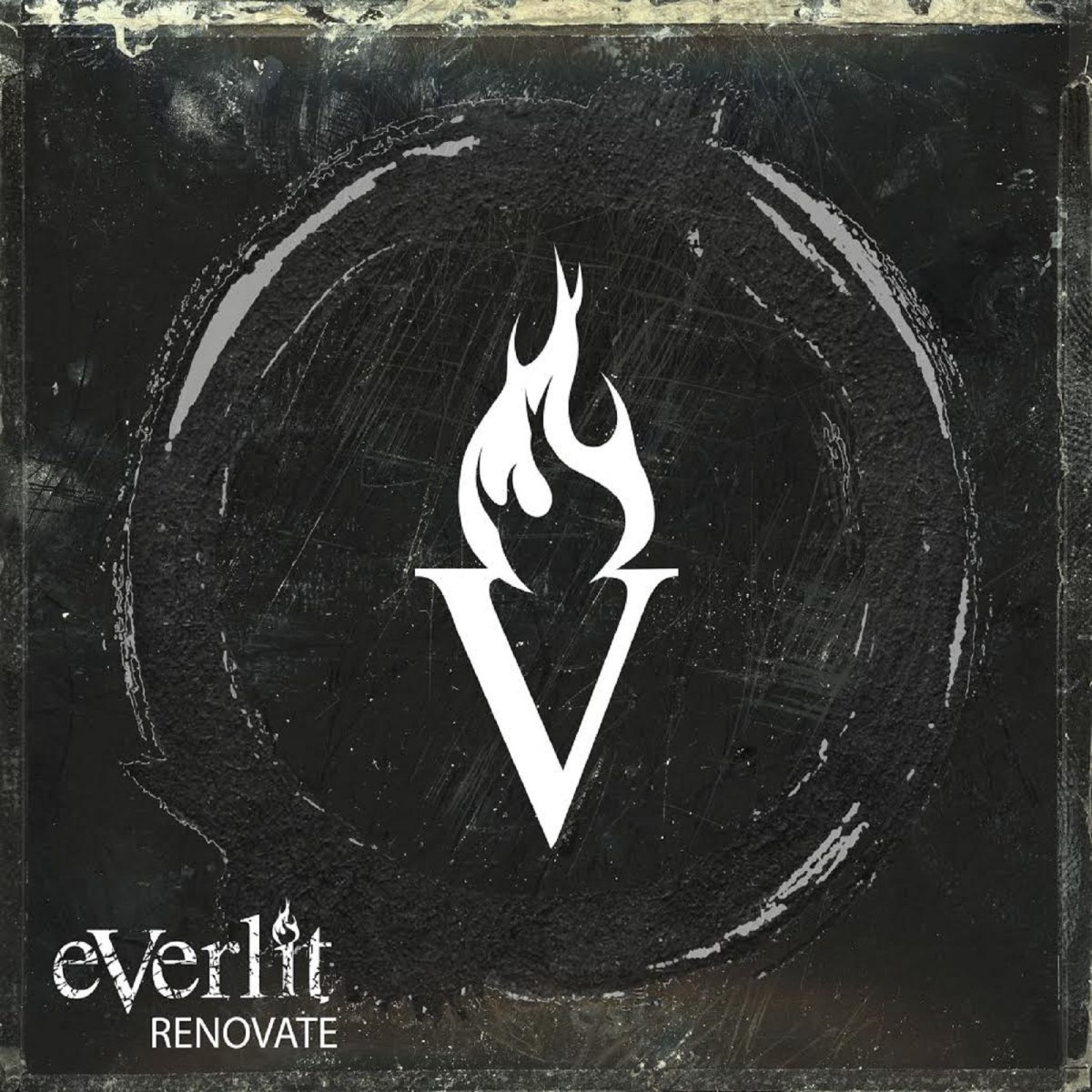 Jacob: I think the most exciting thing about the new EP is the way everyone has responded to it, from our fans to our industry contacts. We had a lot of great feedback as Willpowerless, but the energy around this upcoming EP is way different.
NRR: Philly is known for throwing snowballs at Santa Clause before. How is the local scene for bands in general trying to make it to the national spotlight? .
Anthony: (Laughing) Nice. The Philly scene for hard rock is very difficult. Right now itâ€™s not a great market for our style of music. That doesnâ€™t say we donâ€™t have a great local fan base, itâ€™s just not what the general public goes for. Right now Philly is very into the pop, weird, hipster type stuff.
NRR: Take me into the middle of writing for your current EP or first LP. Divine inspiration? Whiskey fueled adventures? Or something else entirely? How does the process go to make an Everlit track?
Ryan: Well our song “Black Out,” from the upcoming EP, was originally titled â€œHot Whiskey.â€ It was a name we wanted to use after drinking some seriously hot whiskey on one of our tours. Obviously, that name didnâ€™t make the cut, but our music is inspired by a lot of different things.
NRR: With this being festival season, what would be the best fit for you guys to play in your opinion?
Jordan: Probably something like Rock on the Range, Warped Tour, etc. Something for fans of harder music. We actually played the LAUNCH Music Festival earlier this year. That was a cool one to be a part of.
NRR: I know this is a dreaded inquiry, but, is there a favorite track off the CD, and if so which one and why?
Jacob: Everyone obviously has their own favorite track that they like for whatever reason, but my favorite is definitely “Black Out.” I like it because of the energy and chorus. Itâ€™s just a super catchy song with great lyrics.
NRR: With the previous experience in the other band, did you guys avoid the beginner mistakes, or unless you’re an Ozzy or Rolling Stones, the learning really never stops?
Jordan: Absolutely, we did a ton of things differently based on mistakes and experiences with the previous band. I think itâ€™s helped us move as quickly as we have so far. But I always think thereâ€™s room for improvement, even for the really big boys. The industry always changes so youâ€™ve got to be on top of your game.
NRR: You guys have been out on the road already playing live. Has there been any funny, embarrassing, or straight out Spinal Tap moments you’d share with us?
Anthony: Unfortunately no, not as Everlit. We have tour dates coming soon so hopefully next time we chat, youâ€™ll get a good story!
NRR: A major adult beverage company calls up and says we’d love to write you a check and send you some product for the road. What’s your poison of choice and does the first case make it the first leg of the tour?
Jordan: Thatâ€™s a tough one. I think weâ€™d toss a bunch of ideas around, but ultimately I think the best one to go for would be Yuengling. They’re from our home town area, delicious, and theyâ€™ve got a big budget! And clearly no, the first case would not make it the first leg of the tour, (laughing).

NRR: Besides not wanting to have to work a regular job, what keeps the band going more than anything else in a very tough industry?
Jacob: Just the fact that we all love music and weâ€™ve been doing it together for such a long time. Weâ€™re all great friends and everything is done the right way. No one in the band is looked at like “Oh itâ€™s his band, and heâ€™s a tyrant,” or whatever. We all do our best to be really fair.
NRR: What’s the last song you purposely listened to in the car and who controls the radio driving between shows?
Ryan: Hmmm, Iâ€™m gonna go with Hansonâ€™s “Mmmbop.” We do stupid things like that to keep everyone on edge. And obviously the driver controls the tunes! Hey thanks again Erich, we had a blast chatting with you.

For anyone looking to pre-order the new EP, feel free to click here or any of your online digital outlets.