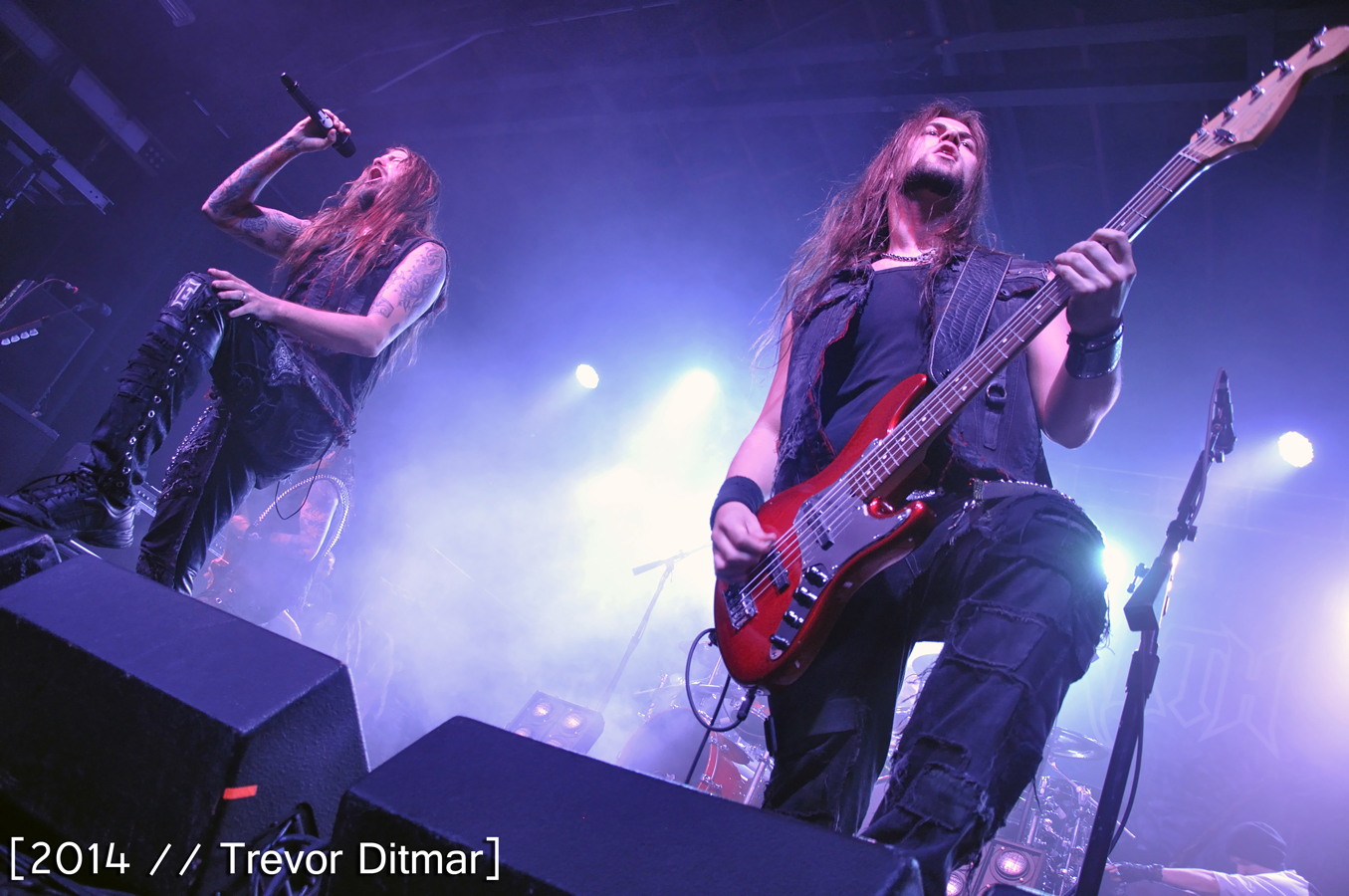 Century Media recording Artists Iced Earth continued their Worldwide Plagues Tour as they kicked off their six-week North American trek through the US and Canada at The Intersection in Grand Rapids, Michigan. The band is touring in support of their latest effort, Plagues Of Babylon, released in the United States on January, 22 2014, is the bands 11th studio album and highly anticipated follow-up to 2010’s Dystopia.

The Worldwide Plagues Tour tour kicked off on January 9th in Starbrucken, Germany, and after nearly three months of waiting impatiently, our time has finally come.

I can review this show in one word: INCREDIBLE.

From opening act, ReVamp, making their US debut, to direct support act, Sabaton, performing for the first time in over three months, to headliners Iced Earth belting out all their classics; all bands were ready to rock. 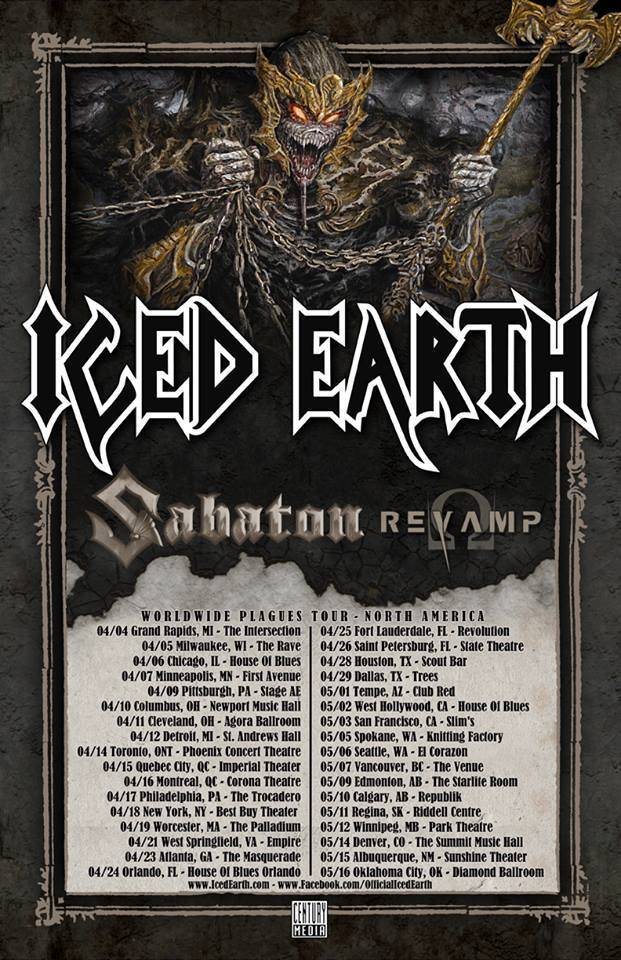 American metal legends, Iced Earth, performed a phenomenal set of classics, new and old, spanning their almost thirty year career. Lead Singer, Stu Block, performed his vocal duties with extreme power and precision. In other words, he “hit all the high notes”. This was no easy feat considering the impressive lineage of the bands past members.

Hailing from Falun, Sweden, and celebrating their 15th year, Sabaton are set to release their seventh full-length and highly anticipated album, Heroes, which is set for release in the States on May 16th.

The band’s 2012 release, Carolus Rex, reached platinum status in Sweden, making them the first Swedish Heavy Metal act ever to do so.

Additional support is being provided by ReVamp, who hail from Limburg, Netherlands. ReVamp is a female fronted progressive metal band and are touring in support of their second full-length album entitled, Wild Card, which was released in August of 2013 via Nuclear Blast Records and is a follow-up to their 2010 self-titled debut.

The lead singer for ReVamp is the lovely and talented, Floor Jansen, who is very well known for her twelve years with After Forever. Additionally, as of late 2013, Floor has been announced as a permanent member of Nightwish, following the departure of Anette Olzon. She is also playing the lead role for the second full length album for Stratovarius guitarist Timmo Tolkki’s metal opera act, Avalon. Angels Of The Apocalypse is set for a May 20th release in the US. This is the first time ReVamp has played the states.

Additionally, Floor was kind enough to take a few moments to sit down with National Rock Review.

Interivew with Floor Jansen of Revamp

Obviously, this is a tour not to be missed. If you didn’t happen to catch the opening show in Grand Rapids, don’t despair; the tour will be returning to the Detroit area on April 12th at St Andrews Hall.

All concert images by Trevor Ditmar