This isn’t something the roadrunner drops on the clueless coyote, this is something so heavy that we can only be talking with Ton from Ohio.

Dan Gates (guitar), Kevin Kraft (drums), and Jeff Shepler (bass/vocals) have come out of the coffin of retirement to give new life back to the band, Ton. They recently, on Jun 12, 2015, dropped, Bow Down To Extinction, eight tracks of new material heaviness. Released by Ossuary Industries, recorded at Sounds Like a Plan Recording Studio in Akron, OH, with mixing and mastering By Tsun Tsun Productions, and art and layout by Bahrull Marta and Abomination Imagery fill out the helping hands that were involved with this album. Dan was tied down and pumped with truth serum to give us the low down on the band, the first new record since 1999, and the details on the quickest way to get them on their asses.

NRR: What’s been going on with the band in the last year to catch the Full Terror Assault fans up to speed?
Dan Gates: In June we released our first new CD in 15 years. We did the release at Las Vegas Death Fest 7 in June. It’s called Bow Down To Extinction and it was released by Ossuary Industries. We played in Ft. Wayne, IN and the Chicago Domination Fest. We’ve done some shows locally also.
NRR: Hopefully you guys have a great time on stage this year. Are you looking forward to anything in particular at FTA?
Dan Gates: I think we’re all looking forward to playing but also the experience of such a great fest. So many awesome bands are playing. Also seeing friends from other parts of the country. It’s a great opportunity to play, see some of our favorite bands and have a great time with friends. I’ve always wanted to play an outdoor fest.
NRR: Tell me about the new album, Bow Down To Extinction. How was the label in doing it, how long did it take you to bring the CD together, and what makes it special to you guys?

Dan Gates: We are extremely excited about the new album. We signed with Ossuary Industries last year. At that time we only had about half of the songs written. Ossuary Industries was on board with us doing the release at Las Vegas Death Fest so that was all the motivation we needed to get it done. Also, this is the first new material from us since 1999. We got the band back together in December of 2013. We did some shows, wrote and recorded a new album, and released it in June of 2015.
NRR: How did you guys form? What’s the deal, if there is one, with the moniker?
Dan Gates: We formed in 1993. Jeff and I had been playing together for a while. We were looking for other guys to form a band. One of the short lived band situations we were in was with Paul. After that ended we hooked up with Kevin who I had known for years. The four of us just wanted to make the heaviest music we could. We were mostly influenced by 80s thrash at that time but we discovered death metal shortly after we formed the band. Our friends would come to the practice room and tell us how heavy we were. There weren’t really many, if any, extreme metal bands in our area at that time. With everyone saying how heavy we were we thought Ton was fitting. Plus nobody had any better ideas at the time.
NRR: If FTA rolled out the red carpet, for anyone, that you guys would want, is there anyone you’d love to have onstage for a song or two, and if so who might it be?
Dan Gates: That’s a tough one but when you mention bringing someone on stage I think of a guest vocalist. Frank Mullen from Suffocation is the first name that comes to mind. That would be sick!
NRR: What can we expect from the band after FTA is a dark, crumbling dream of a broken metal label until 2016?
Dan Gates: We plan to do more shows and start writing again. We would like to release another new album in 2018. That would be the 25th anniversary of the band. So that’s sort of our goal right now. Next year we will be playing Foothills Gutfest and another major fest that we can’t mention yet. We would like to play as many fests as we can afford to get to.
NRR: Is there a band or bands on this year’s FTA line-up that you are looking forward to seeing as fans?
Dan Gates: Oh man! So many great bands I can’t wait to see. If I had to pick one I would say Broken Hope. But I could probably name ten that I want to see just as much. 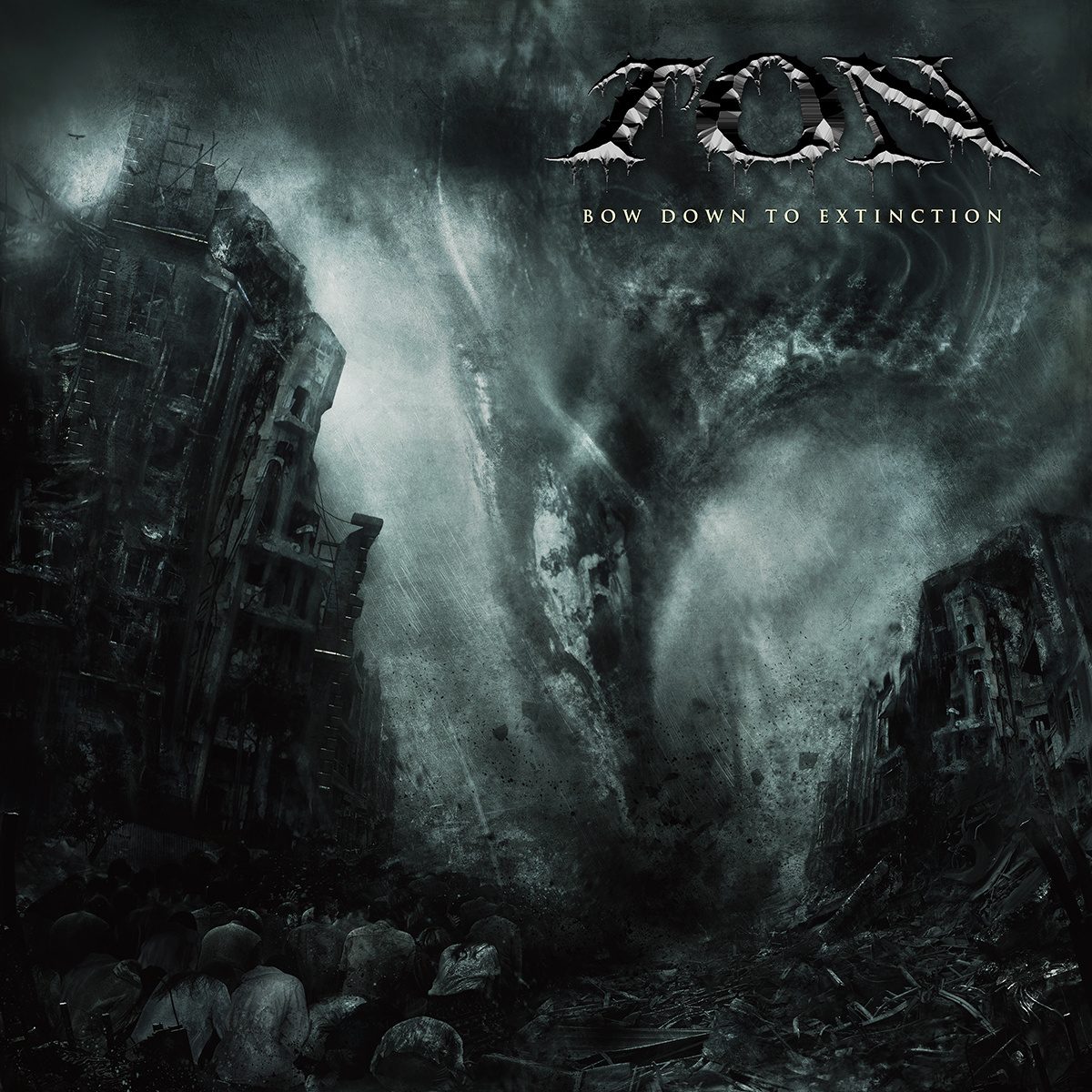 NRR: What kind of live show should the crowds expect from you during the band’s set?
Dan Gates: We’re not a flashy band so there won’t be any pyro or rotating drum kits. But we will bash out our songs in brutal fashion. We will give it our all and have a blast doing it.
NRR: In a time where more and more bands are DIY, does having a label behind you make a significant difference?
Dan Gates: Ossuary Industries paid for the pressing of our CD and has done some advertising and promo for us. It helps to have a label because recording is so expensive that not having to pay for the pressing of the CD takes a huge financial burden off our shoulders. Plus any promo they do is great for band exposure. If we had to do it DIY we would probably just do free downloads and a short run of discs for the people that still like to have a physical copy.
NRR: In a pressing survey, we need to know which camp you will swear allegiance to. You can only choose one, so choose wisely. Beer or whiskey, how does the band vote, (laughing)?
Dan Gates: Beer for sure! Whiskey will put us all on our asses. But since we don’t really have to choose one or the other we’ll probably choose both and end up on our asses anyway.