Howie D. recently had the chance to chat with legendary hard rock and metal queen, Doro Pesch. They talked about growing up in the European rock and metal scene, and why she never took a break to start a family. Doro also discusses the new DVD/CD combo coming out in July, and who she’d still like to work with in the music industry.

Doro Pesch has been making waves in the hard rock and heavy metal scene since the early 80’s. She began her career as the frontwoman of German metal band, Warlock, and has continued as a solo artist in the years following. Doro’s 17th studio album, Strong and Proud, was just released via Nuclear Blast. She has tour dates coming up in both the US and parts of Europe.

40 years is no easy task to stay alive and committed in the music world, but Doro keeps going strong thanks to her many loyal fans and the curious newcomers that continue to come along. Once the Metal Queen, always the Metal Queen and none more so than Doro.

The interview with Doro Pesch: 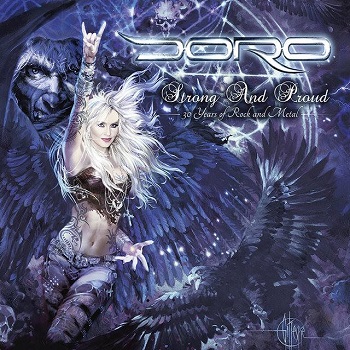