Old friends, new band, and everything stale is fresh again. When you’re compadres in a scene and thing turn ugly, people turn to kindred spirits.

Jake Rutherford (vocals), Brandon Johnson (guitar), Brian Helmer (guitar), Brenda Bennett (bass), and Jason Arnold (drums) came together only a few short weeks ago to form a new band called, strangely enough, Calling Her Ghost. While we can tell things might be a little weird for the band this weekend at Dirt Fest, we hope everyone simply enjoys the days and great music to boot.

Come with us as we learn about this new band of experienced musicians as they start a new chapter together in their collective career. Go to our Twitter or Facebook after the show and let us know what you thought about them. Or, if you have pictures, the band would love to see them from the show. Oh, and buy some merch; it sounds like they will have some cool stuff for sale.

NRR: Thanks for taking some time out of your busy schedule to answer some questions for National Rock Review’s Dirt Fest 2016 coverage. What’s been going on with the band, Calling Her Ghost, so far in mid 2016?
Brenda Bennett: We are just getting started. The band formed in July of 2016 and is in the branding and writing phase.
NRR: Okay, so you’re a new band and your bio is a tadbit thin. Who is in the musical squad and how did this shindig get off the ground?
Brenda Bennett: Calling Her Ghost members include well known Michigan drummer Jason Arnold on drums and backing vocals, formerly of Autumn Coma. Brenda Bennett on bass, formerly of Five Hundredth Year (FHY). Brian Helmer on rhythm guitar, formerly of Whisper Dying. Jake Rutherford doing lead vocals, formerly of Abandon the Prophecy. Brandon Johnson on lead guitar, formerly of Atoms Divide.
Myself, Jake, and Brian were on FHY’s previous roster and played Rocklahoma 2016 together. Brian was also jamming on drums with local guitarist Brandon ,my personal friend as well, on the side. After we saw that things weren’t working out with our positions in FHY we called it a day, and got a hold of the best drummer in the state, also friends with most of the band members, to jam and formed the new “super group” band Calling Her Ghost. So in a roundabout way, we all knew each other already.

Meet the bassist Brenda! I am a rocker chick, I love rock music and have been playing bass since the 90's. Previous bands I've been in are Five Hundredth Year, LIFTED, Torn Within, Persecution, and VIS (A variety of styles ranging from radio rock to grind-core). My favorite venue to play is The Machine Shop, Kevin and his staff are always great. My all time favorite bands are GnR, Deftones, Korn, Slipknot, Muse, and I think I might add Twenty One Pilots to that. I enjoy going to see bands when I'm not performing myself. My drink of choice is whisky and coke. COLDCOCK Whiskey, Jack Daniel's Tennessee Whiskey, and Jameson Irish Whiskey are my favorites.

NRR: I hear that you guys love acoustic sets, lol. What is the sonic signature of the band when the tools of the trade can actually get current to them?
Brenda Bennett: We have a sound as if Tool and Chevelle had a three-way with Slipknot.
NRR: Tell me about the band’s unique moniker. Will there be Ouija boards on stage or skeletons dressed as AT&T operators? I’ve done way too many interviews this week, sorry.
Brenda Bennett: Right now we are into deer women, deer head skulls, and animal skulls. You will find deer skulls within our merch and online images. The deer woman comes from Native American legend.
NRR: How does it feel to play a well established festival like Dirt Fest being a pretty fresh faced band and how did it come about since we’re on the topic?
FHY is still playing their set at Dirt Fest this year, just without all of its permanent members. Being that all of us have been in gigging bands, and half of us played as FHY at a huge festival in Oklahoma we would have no problem taking to the stage. I personally have played Dirt Fest before in both FHY and my old band Lifted.

NRR: Okay, were do you see the band at this time next year?
Brenda Bennett: We are already planning a tour next summer, heading out West and back before taking the stage at Dirt Fest 2017. A southern or east coast tour might develop in the fall after that. We will have some singles released soon, hopefully with a full album in a year, and along with that, music videos.
NRR: What influences would you be able hear in your style of play?
Brenda Bennett: Deftones, Tool, Chevelle, and a hint of Slipknot.
NRR: If you were in the crowd after your set, and heard two people talking about Calling Her Ghost, how would you hope the conversation might go?
Brenda Bennett: “Damn! Where did they come from?!” “I’m not sure but they killed it.”
NRR: If you could catch the eye of an adult beverage maker, who would be the dream for free product and cash for your first headlining tour?
Brenda Bennett: I prefer Jameson Irish Whiskey and COLDCOCK American Herbal Flavored Whiskey. I’ve been sponsored by Coldcock before and would love to have them sponsor a tour, if they gave free product to enjoy. The drummer I know would say JÃ¤germeister, he drinks it all the time.
NRR: Are you guys still music fans outside of being on stage, and if so, is there anyone on the Dirt Fest bill you’re excited to catch since everyone plays on the same day this year?
Brenda Bennett: Since I’m not getting in free this time, I decided to opt out and not create any unnecessary tension between old members and interim ones. 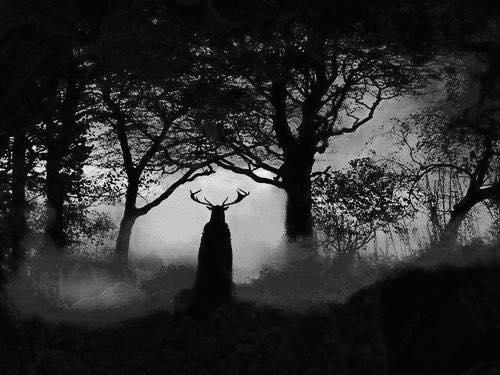