Industrial rock band, Davey Suicide, is coming to Dirt Fest. Be ready for a unique stage presence, a grudge to grind, and kick ass music.

NRR: The last time I got to see you guys was at Main St in Toledo, OH. What has been going on with the band since then?
Davey Suicide: We’ve been touring like madmen, shot a few videos, got material cooking for album number three, and been in a legal battle with the crook that runs the label we were on.
NRR: Is a festival like this a good place to try out new merchandise or is it pretty set in what might be at the table at this point in a tour for you?
Davey Suicide: We always try and break out new items on every new tour. This is nothing different. 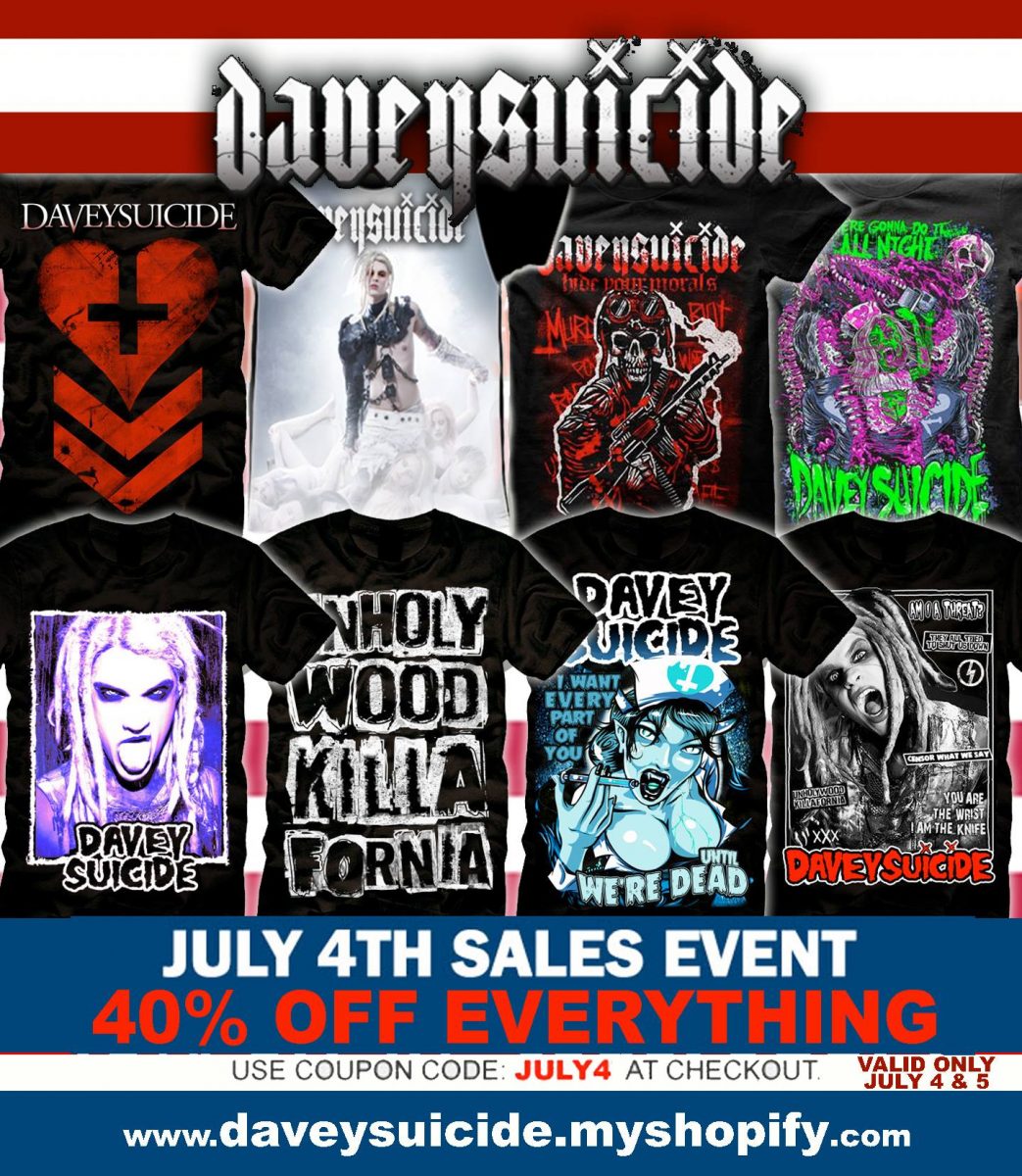 NRR: Hopefully you guys have a great time on stage this year. Are you looking forward to anything in particular at Dirt Fest 2015?
Davey Suicide: We’re looking forward to the new audiences that wouldn’t know about us otherwise.
NRR: I know you guys would play every night, all night, if you could. How exhausting is it to play 50 shows, in 27 states, and all in nine weeks like you just did?
Davey Suicide: Our moral and energy level was extremely high for the majority of the run.
NRR: You have fans of all ages and you as a band have some pretty good interaction with them. How important is that to you as artists and a band?
Davey Suicide: Fans are everything and the fact that we hit multiple demographics is huge. They make us feel like the wind is at our backs.
NRR: Is there anything that makes you nervous before a show and if so what would it be?
Davey Suicide: I have what we call the “two minute freak out.” I seem to ask the same questions about our lights, the fog, the intro, and house music two minutes before we hit stage every show.
NRR: What can we expect from Davey Suicide in the next few months?
Davey Suicide: Content. We’ve been knee-capped for the last four years and we’re almost out of that situation.
NRR: Is there a band or bands on this year’s Dirt Fest line-up that you are looking forward to seeing as fans?
Davey Suicide: I’m looking forward to seeing Phil Anselmo perform with Down and Hell Yeah.

NRR: For anyone that might not have heard your music before, what kind of feel can they expect to get from you guys on stage?
Davey Suicide: Can I get a Holy Fuck?
NRR: How truly different do you think Birch Run might be from your hometown of Hollywood, CA and could you find Birch Run, MI on a map if there was money riding on it? (Laughing)
Davey Suicide: Maybe they are the same, because in both places you don’t know what to expect?