If Death Koolaid tours with the Sunflower Dead and Kissing Kandace in the States, it will be a rough morning at work the next day.

This four-piece, female-fronted, punk-rock band out of London has sights on infecting their music into the hearts of the masses.

They’re not exactly new, strange kids on the block either. In October 2014, Death Koolaid was nominated for a UK MVA award for “The Second Rule” video. Now, a new release is spreading across the Atlantic to the shores of the States by way of Death Koolaid Vol. 2, and there is no antidote.

NRR managed to dig up a heavy duty hazmat suit to share a few radioactive moments with the alluring and other-worldly vocalist, Siren Sycho. She gave us a peek behind Death Koolaid tracks, originality, and love for Wuthering Heights.

Buckle up kiddies, this is a strange ride.

NRR: Thanks for taking some time out of your busy schedule to answer some questions for National Rock Review. What’s been going on with the band, Death Koolaid, as we turn the corner on 2016?
Siren Sycho: We have booked a bunch of shows around the UK. We are supporting Discharge in Manchester on Sep 16, 2016, and we are super excited for that. We released our new album Death Koolaid Vol. 2 including a new music video for our song “Kids.” Just pushing things hard and getting our music out there.

NRR: So, Vol. 2 came out on Aug 25, 2016. Tell me about the album, what’s special about it or what should someone know about it before giving it a virgin spin?
Siren Sycho: It’s got a bit of everything. Granted, it’s generally heavy as fuck â€“ surprise â€“ but there are some awesome grooves this time round, and more intricate guitar parts. But whatever you do, play it loud.
NRR: You’ve got a new video out for the single, “Kids.” What makes this song worthy of video support and how was the experience making it?
Siren Sycho: The song is at the point in the album where the pace changes so it felt right to put a music video out for it; it’s the pivot. The director Brendan Cleaves came up with the idea, we loved it so we gave him the green light he went off and made it. We werenâ€™t actually there for the shoot day but it sounded pretty hectic.
NRR: Tell me who all is in the band for those playing along at home and do you guys still have fun with one another on stage or has it turned into just a job to do?
Siren Sycho: [I’m] the vocalist. Roy Darkwater is guitar/bass, The Crow is guitar, and The Crossman is on drums. We still have fun on stage, if it becomes like a job or something you donâ€™t want to do, then whatâ€™s the point?
NRR: How do you describe your sonic signature as far as being tagged as a hardcore and/or punk outfit?
Siren Sycho: We always get a good reaction from the crowd. Sometimes it’s just confusion delivered with a smile. But it’s always good. As far as a ‘sonic signature’ goes weâ€™d say our sound is something like getting kicked in the face by an angry goat, in a good way. Or getting thrown down flight of stairs for kicks. We cross genres, donâ€™t really try and fit a mold.

NRR: I know in the UK it might be different, but with so many styles of rock and metal competing for people’s mp3 players, how do you try to make the DK brand stand out of the herd?
Siren Sycho: I donâ€™t think we really try. We just do what we want to do and our ideas happen to be a tad outside of the standard box. Our sound is a bit different and our image seems to stick in people’s heads, so I think that combination makes us stand out.
NRR: What’s the writing process like for you guys? One person does the lion’s share, a group effort from start to finish, or somewhere in between?
Siren Sycho: The band writes the music then I put my lyrics to the songs. We also give each other input throughout the writing process. We’re pretty damn honest with each other, it works best that way.
NRR: If you were in the crowd after your set, and heard two people talking about you, how would you hope the conversation might go?
Siren Sycho: Person â€“ â€œWhat did I just watch?â€ Person 2 â€“ (just twitching and blinking a lot) 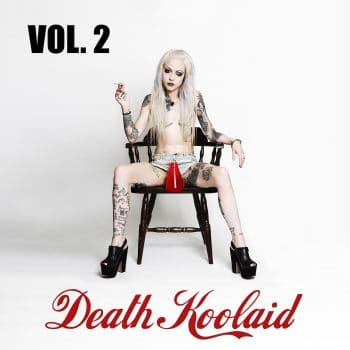 NRR: Are there plans to tour in the States anytime soon and is doing the “VIP package” almost a necessity in the music landscape now for bands to stay afloat?
Siren Sycho: We would love to tour the states but money is an issue and finding management and a booking agent is what we are after right now. That would help massively.
NRR: Have you had that Spinal Tap defining moment where you still laugh at or wonder how the bloody hell did said event happen in the first place, that you’d be willing to share?
Siren Sycho: Roy once spit his peppermint tea all over my copy of Wuthering Heights. We’ve calmed down a lot since then though. Heady times.
NRR: You crazy kids! (Laughing) If you’ve played over here before, were there any expectations that came up short, or if you haven’t made it across the Pond yet are there any stereotypes you’re interested in checking out?
Siren Sycho: As we havenâ€™t made it over yet and if we could go back in time to the 80s Iâ€™d love to check out the sunset strip and relive that Motley Crue-type era.
NRR: Let’s say an adult beverage maker wanted to sponsor a U.S. tour and throws in some free product for the road to boot. Who would tickle your fancy?
Siren Sycho: Something that we can add to our DK mix to give it even more of a horrid bite. The more disgusting the better. 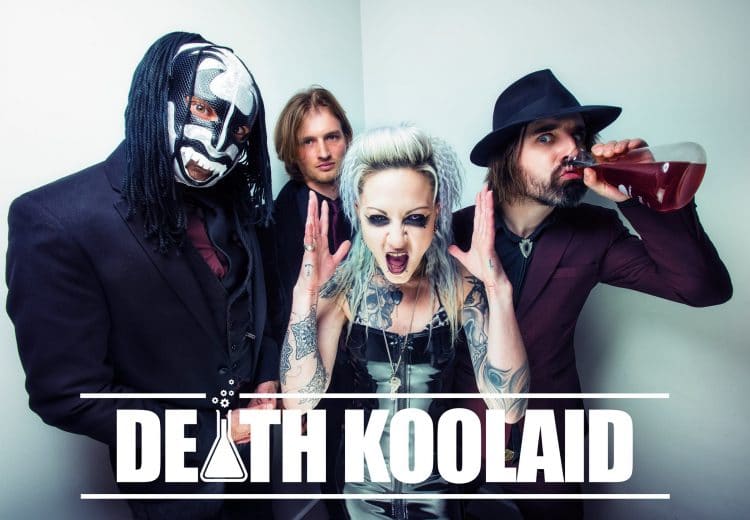