Howie D. from Hard Edge Radio and National Rock Review caught up with Chad Nicefield, front man for Detroit hard rockers, Wilson. They talked about the crazy last few years the band has had, how much they appreciate the media and other national bands giving them so much support, juggling the band and still being a booker/talent buyer for several Detroit area venues, the upcoming new CD, and more.

Wilson has been making a name for themselves this last few years, but the last 14-16 months have just been snowballing into something incredible. They’ve been touring the country and have had the chance to play Europe. They’ve played rock and metal cruises, some of the biggest festivals in the US and with the release of their new CD this summer, it doesn’t look like things are gonna slow down for them anytime soon. The band is hitting the road with Nothing More for a spring tour starting May 31st before returning home for their big Detroit area CD Release party for Right To Rise (Razor & Tie) on June 27th at The Crofoot in Pontiac. Get ready world, here comes Wilson. Full of Detroit pride and ready to prove themselves every chance they get.

The interview with Chad Nicefield from Wilson:

Right To Rise, the upcoming new CD from Wilson: 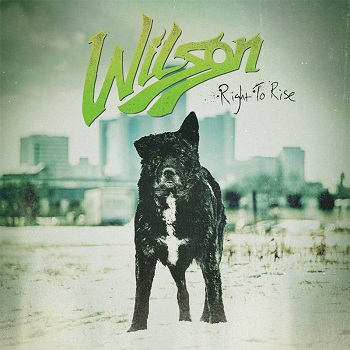