Atlanta’s 68-75 are back with their eagerly anticipated sophomore studio album, Consequences.

Last year, 68-75 embarked upon their maiden voyage to the UK, undertaking a whistle-stop headline tour which grabbed the attention of many and sparked somewhat of a buzz online. The band captured some of the magic of this visit on their debut live record titled, Live In The UK, which the band recorded over the course of their two-night residency in Newcastle.

During 68-75’s last UK tour, they road-tested many new songs, several of which the band recorded on their new studio album, Consequences. These include the likes of “24 Lady Karen”, “Our Drunk History”, and “Magnetic Head” with its rolling hypnotic groove. The latter also features on Live In The UK. 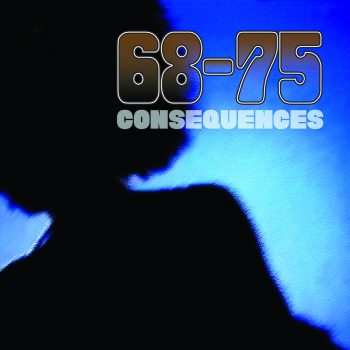 It’s great to hear the final cuts of these tracks and one thing instantly noticeable is the addition of some superb Hammond, giving the tracks another dimension and an incredibly retro vibe.

The title track of the record has an infectious feel to it, with its fuzz-fueled guitar licks and driving rhythm, as well as an excellent guitar solo from Andrew Cylar. On the other hand, the incredible “Eye On You” has undertones of Led Zeppelin; the opening riff has an almost Jimmy Page-esque quality to it, and the deep, pounding reverb-filled drum pattern gives it a John Bonham feel.

The retro blues rock number, “My Way Out”, opens with funky guitar riffs that Jimi Hendrix himself would be proud of and is one of the standout numbers on the record. Lead vocalist Suzanne Sledge has an incredible vocal range and effortlessly hits the sustained high notes. The band are incredibly tight and work in unison throughout the record; they compliment each other perfectly.

“Prodigal Son” is another groove-heavy number, much in the same vein as “Magnetic Head”. The album closes with the upbeat track “Something In Mind”, again is oozing with Hammond, catchy guitar riffs, gentle breakdowns, and infectious hooks.

With Consequences, it’s hard to pick any one particular stand out tracks as there are so many. The album also depicts the natural evolution of their sound since the release of their debut album, Stay On The Ride. With this 68-75’s sophomore studio record, there is no second album slump; the band have returned stronger than ever.

68-75 will be returning to the UK in November in support of their latest offering, whereby they can be seen touring with Dan Baird and Homemade Sin as well as performing select headline shows.

Consequences is available for listening and download it on Amazon.