Howie D. from Hard Edge Radio chats it up with frontman Bjorn Strid from Soilwork.

Howie D. from Hard Edge Radio and National Rock Review recently had the chance to catch up with Bjorn Strid from the band Soilwork. They talked about him hitting 20 years of being in the music scene, playing the 2005 Ozzfest, their years with Nuclear Blast Records, what the new members bring to the table, the band’s latest album, and more.

Soilwork has been a force on the metal scene since the late 90s and got better with every album and every year that passes. Their latest release, The Ride Majestic(Nuclear Blast), is no exception. The band is touring the US with Soulfly and Shattered Sun. Decapitated was also part of this bill, but they’ve yet to join the tour due to visa problems. They will then be heading back to Europe for some dates that will take them through the end of the year. As we get closer to its end, it looks like 2015 is turning out to be a great year for Soilwork.

Interview with Bjorn Strid from Soilwork:

The Ride Majestic, the latest release from Soilwork: 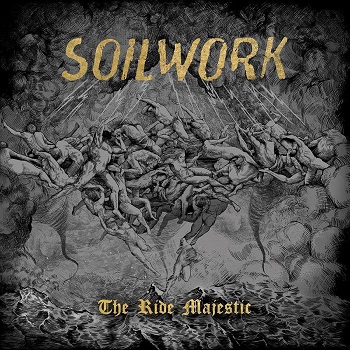