Biff Byford from Saxon talked with us about their new album Battering Ram and tour of North America.

The ultimate road warriors Saxon is touring the United States in support of their 21st album called Battering Ram, which will be released on October 16. They started their tour on the west coast with Motorhead and will have Armored Saint supporting them on their east coast leg. 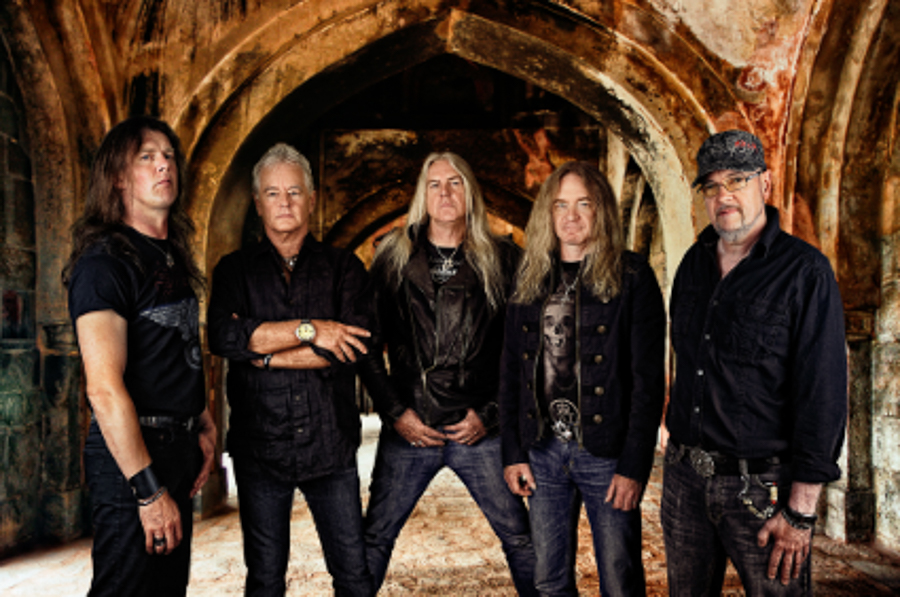 Battering Ram finds Saxon playing at the top of their game. These pioneers of the New Wave of British Heavy Metal have cranked up the metal edge on this new release. Songs such as “Queen of Hearts” with its syncopated beat and progressive guitar riffs combine elements of various genres of metal into a molten amalgam. Biff Byford explores various topics through his lyrics and sounds powerful and dynamic. For a taste of what to expect, Saxon have released a video for the title track “Battering Ram.”

Saxon had a day off recently in Denver, Colorado and National Rock Review caught up with Biff Byford to chat about their tour of the United States, the new album, and breakfast foods.

Interview with Bif Byford of Saxon: