Riot Fest have released their second wave of their Chicago lineup for the September 15-17 festival being held at Douglas Park.

Headliners for the festival were previously announced as Nine Inch Nails, Queens of the Stone Age and Jawbreaker. Now, the lineup is looking a lot fuller with the second round. The new additions include At the Drive-In, Best Coast and Black Pistol Fire. 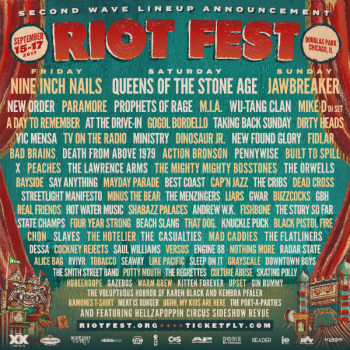 These artists will join over 70 acts who were previously announced. With a lineup like this, tickets will not hang around for long, so be sure to secure yours now here!