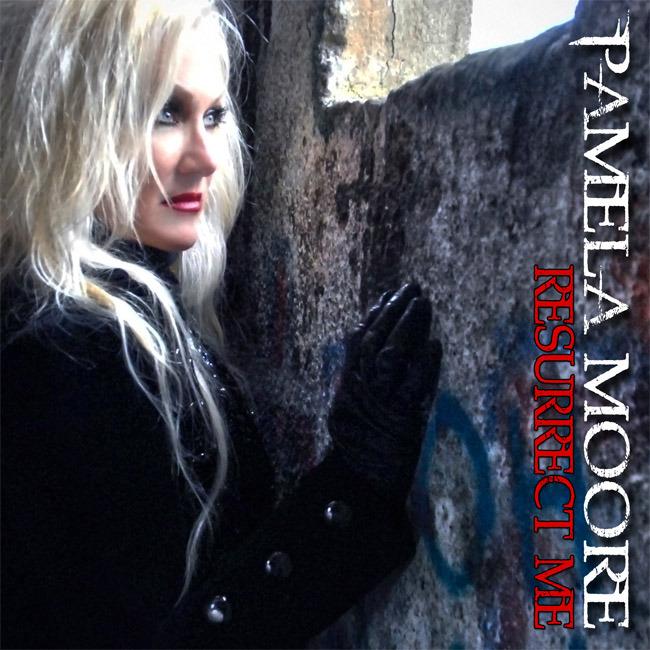 Resurrect Me is the latest release from the singer Pamela Moore. Never heard of her?  Don’t know who she is? Well if you’re a fan a female fronted metal you better give this a listen!

Pamela has been around since the very early 80’s releasing her first album Take a Look in 1981. She released a second well received album before dropping off the map, only to reemerge as the voice of Sister Mary on Queensryche’s album Operation: Mindcrime and Later Operation: Mindcrime 2.  She then went on to perform the part live with the band many times over the years. This was followed by her solo album Stories From A Blue Room. This release was much more in the pop vein.

We now find Pamela releasing the album Resurrect Me. This is indeed a resurrection and a return to form much in the way that Rob Halford did with his album Resurrection, a true return to metal! This is a CD which requires a lot of listening to truly delve into the murky depths that are laid out to the listener.

The opening track Acquiescent really sets the stage for the entire album. The music is very much metal, and well executed, but it really is about Pamela and her voice. She has a way of shifting her voice around, high, low, soft, hard, but all mixed in all the time. She reminds me of Cindy Lauper in a strange way, the little quirky ways she phrases and sings, it makes the songs very interesting in the least. Pamela has a great voice, combining elements of a variety of singers from over the years and making her own strong and unique statement. Additionally her singing is very dark and somber, very sad at times even though the music itself is not slow or particularly sad. Pamela likes to harmonize as well, she does it in such a way that the vocals really grab a hold of you, you can really feel what she is singing.

The music on the album really compliments Pamela’s singing. She collaborated with guitarist Michael Posch from the band Radakka. In fact in addition to co-producing, Michael played guitar, bass and keys. Drums were handled by Chuck Macak. The music is very good here, well-played, thought out and arranged. On its own the music on the release could easily stand next to just about anything else out there, it is, after all, METAL! A Big HORNS UP to Michael and the other players involved here for writing an outstanding album. Combine that with the interaction that goes on between Pamela and the music and we have something special and different here, especially for a female fronted band. More often than not these type of so-called collaborations ended up sounding very detached, like the singing was thrown on top of some guitarist’s vision of a one man band. Not so here! It sounded as though Pamela was very involved in all of it! No pop diva crap going on here.

If you are a fan of female singers in metal (not some lame pop poser) I highly recommend buying this CD. It is one of those releases that could slip under the radar yet for those of you who find it, it could easily become a go-to CD!