Myles Kennedy takes time out to discuss his upcoming solo album and tour.

Myles Kennedy, the singer for Alter Bridge and Slash and the Conspirators, is stepping out on his own and is set to release his much anticipated solo album, Year of the Tiger on March 9 on Napalm Records. Tickets have recently gone on sale for the scheduled tour. 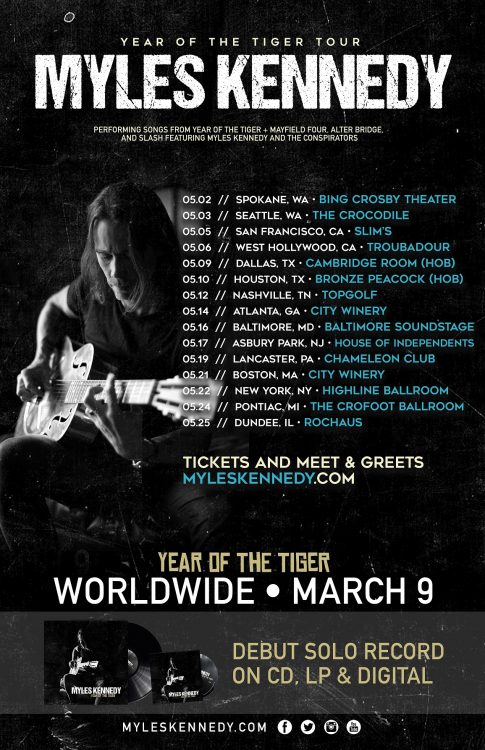