Following the release of Afterglow back in 2012 Black Country Communion seemed to call it a day, much to the sadness of the band’s fans and the rock world.

Fast forward to 2016 and a chance meeting between Glenn Hughes and Joe Bonamassa post-Deep Purple’s induction into the Rock and Roll Hall of Fame, and a possible BCC reunion was back on the cards. Subsequently, this resulted in the band heading back into the studio earlier this year along with their long time producer Kevin Shirley to record a brand new album.

BCCIV has resurrected Black Country Communion, breathing a new lease of life into this much celebrated super group. With this release, the band have produced arguably their strongest studio album to date and one of the standout rock albums of 2017.

National Rock Review recently caught up with Glenn Hughes to talk about the writing and recording of BCCIV, the band’s forthcoming UK shows and what the future holds for Black Country Communion. 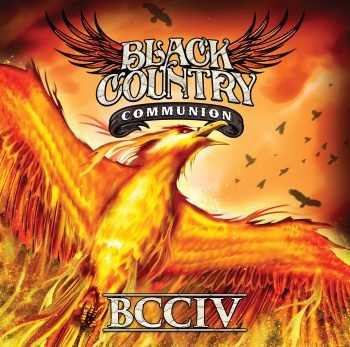 BCCIV will be released on 22nd September via Mascot Label Group. The band will be performing two exclusive UK shows next year in support of the album. Black Country Communion will be calling in at Wolverhampton Civic Hall on January 2nd and London’s Eventim Apollo on January 4th. Further info: www.bccommunion.com