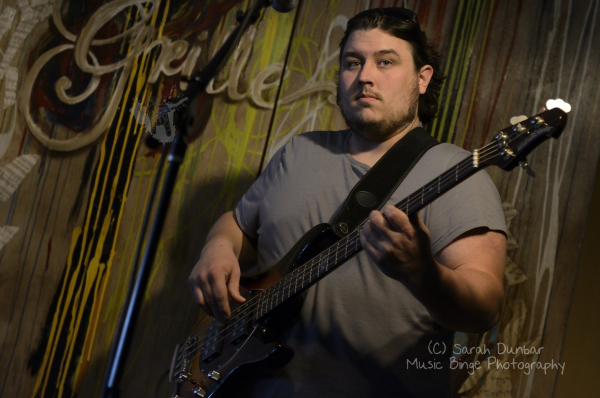 After many years of playing in cover bands, wedding bands, and working as a hired studio musician, Mike Leslie stepped out front to form his own band. Leslie, an accomplished songwriter, guitarist, and vocalist, formed the Mike Leslie Band in 2012. The band is rounded out with Mike Parrott on bass, and Bryan Reilly on drums.

Since their Detroit debut show to a sold out crowd at the Magic Stick in 2012, the Mike Leslie Band has quickly risen to the top of the Detroit music scene. These guys have strong folk and classic-rock guitar licks, mixed with some blues, yet write them around pop hooks to create their own eclectic jam-oriented twist.

In 2013, Mike Leslie Band took home two Detroit Music Awards, including the Peopleâ€™s Choice Award. On the national scene, they showcased at SXSW 2013 and won DOUG FMâ€™s regional crown at Battle of the Bands. They continue to sell out headlining shows in the Michigan rock and roll market and have started to branch out, in popularity, throughout the Midwest.

Mike Leslie Band made their debut in Nashville, Tennessee, on March 15th, 2014 at the Commodore Grill. The night was opened by breathtaking performances from solo acoustic acts F. Patrick James and Rebecca Ann Henry. Mike Leslie Band took the stage and jammed through songs from their self-titled debut album, ending with the epic 4am Blues. The set featured stellar instrumentation as well as spot-on harmonies. Judging from the awe-inspired crowd, one can certainly tell this will not be the last Nashville sees of the Mike Leslie Band!

Our photographer, Sarah Dunbar, was on hand to catch their act at the Commodore Grille. Here are the images from that night.