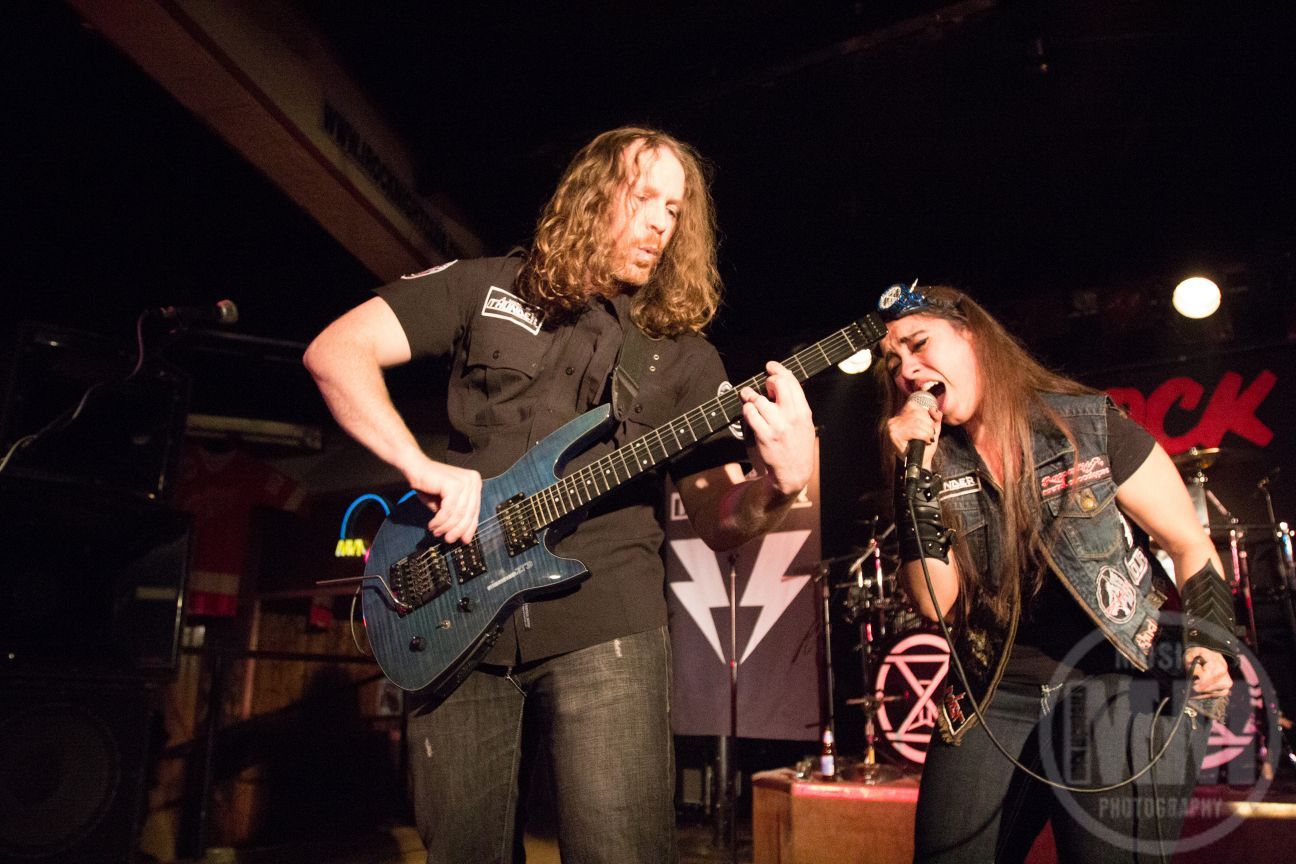 A Sound Of Thunder was formed in 2008 and is comprised` of founding members Josh Schwartz (guitar) and Chris Haren (drums). Rounding out the quartet are Jesse Keen (bass) and Nina Osegueda (vocals).

According to the bands social media page, their influences include classic metal bands which range from Black Sabbath, Iron Maiden, Dio, Rush and Helloween.

2013 has been a busy year for the band, recording the EP “Queen Of Hell” as well as their third studio release “Time’s Arrow” which was recorded at Assembly Line studios by Kevin “131” Gutierrez with whom the band had worked with previously for their 2012 release “Out Of The Darkness”.

Kevin is known for working with such bands as Shinedown, O.A.R., Raven, Deceased and Johnny Cash amongst others.

The band currently has a Kickstarter campaign which ends on 11.25.13. The funds are being used to record the bands forthcoming disc “The Lesser Key Of Solomon” which should be available in the middle of 2014.

Having met their original goal of $10,000 US in just 9 days, the band has now set their sights on generating $20K US and promises a Bonus EP of cover songs chosen by the fans.

How awesome is that?

Contributors also may receive many other perks depending on amount donated.

We here at NRR certainly hope they meet their goal.

If you would like to view the campaign or contribute, here is a link.

Back in 2012 the band released a video for “Murderous Horde” which received more than 5000 views in its first week thanks in part to a guest appearance from ‘Chubby” the snake.

Here is a link to the “Murderous Horde” video.

The band has released a brand new video from “Time’s Arrow” entitled “I’ll Walk With You” which has over 2600 views on YouTube in its first 2 weeks. In this video the band features fans dressed as zombies.

The new video as well as all thing ASOT can be viewed here on the bands Official YouTube channel.

2014 is already shaping up to be an extremely busy year for the band.

From the upcoming release of “The Lesser Key Of Solomon” to the probable addition  of a covers EP to more touring and more.

Speaking of touring, the band has a big gig coming up on 11.22 at Empire is Springfield, VA with Kreator, Overkill and Warbringer, So If your in the area, this is an event not to be missed.

It is also Jesse’s birthday show so happy b-day to Jesse.

I had the pleasure of` having a quick chat with the band after the Detroit set.

They discussed all these issues and more.

Here is the link for that.

Thanks to ASOT for their time and we hope to see you in Michigan again in the near future.

A Sound Of Thunder images by Mick McDonald