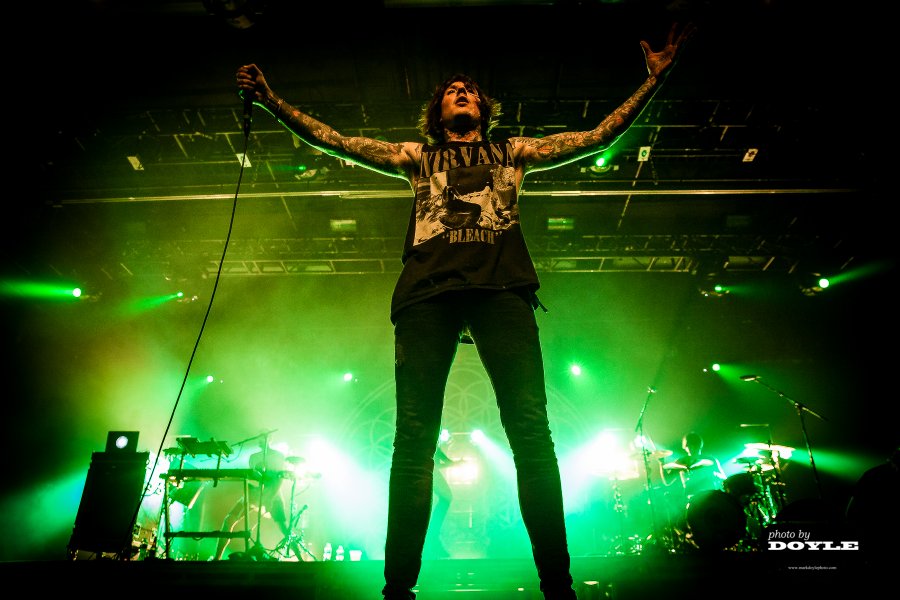 The crowd, made up of mostly teenage girls, was packed end-to-end. The Scene Girls were crowd surfing and signing along to songs like Shadow Moses and favorite Can You Feel My Heart.Â  The guys will be performing in Hotlanta on March 6 and Nashville on March 7.

As an added bonus, I was granted access to co-headliners Of Mice & Men, as well. Their energy was exceptional and crowd response was piercing.

All in all, an intense night of Metalcore was had by all and I can’t help but feel fortunate we have new hard core bands like Bring Me the Horizon and Of Mice & Men to lead a brand new generation of Metal fans!