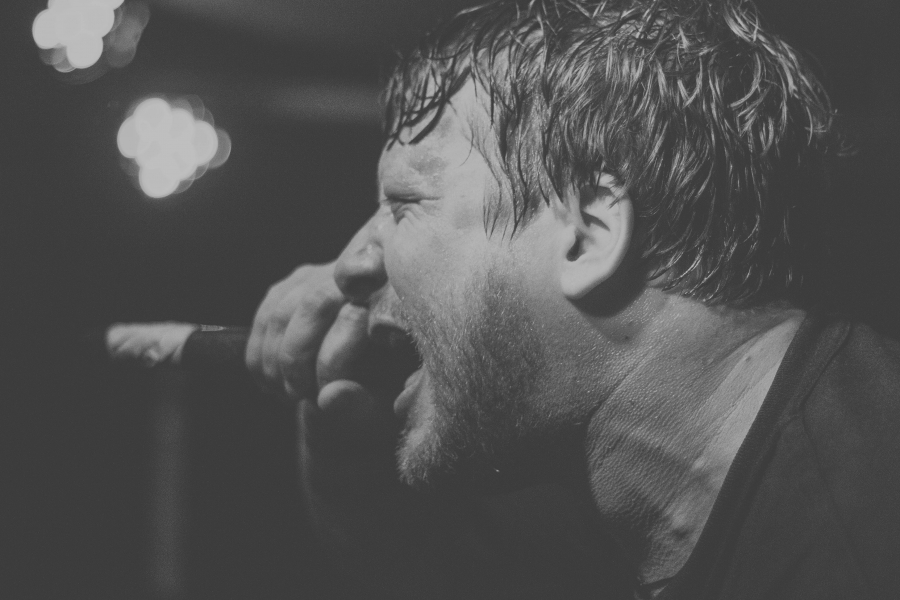 The current ‘Die Knowing‘ tour brought some of the best hardcore bands in the country to the Pike Room in Pontiac, Michigan on February 22nd. The lineup consisted of To The Wind from Seattle, Washington, DOWNPRESSER from Santa Barbara, California,Â Xibalba from Pomona, California, Backtrack from Long Island, New York, and the headlinerÂ from Winnipeg, Manitoba, Comeback Kid.

Overall, the lineup of this show was intense and loaded with all different styles of hardcore music! There are a few things these bands had in common though; brotherhood, loyalty, and respect for their fans.

Comeback Kid put out their dÃ©but album, ‘Turn It Around’, in 2003. Eleven years later, they are still kicking ass and taking names. The energy and aggression they brought to Pontiac that night was undeniably real and not to be forgotten.

I remember the first time I heard their 2005 album, ‘Wake the Dead’. I was in hardcore heaven and couldn’t listen to another band for weeks. Now, years later, I’m photographing one of my favorite bands, and find myself screaming out lyrics, “We said, we said, we said.Â This time was gonna be different.Â WAKE UP THE DEAD!” with every other dedicated fan of Comeback Kid.

They played a handful of songs off their upcoming album,’Â Die Knowing’, scheduled for release on March 4th, 2014. Â If you are a fan of the band, or of hardcore music in general, you will want to get this album as soon as it is released. Â The preview tracks they preformed are amazingly good! Comeback Kid has never let me down and I applaud them for an excellent night.

I grew up listening to Hardcore music Â with bands such as Hatebreed, Comeback Kid, Cancer Bats, Suicide Machines, and TERROR,Â etc. I have seen all of those bands play in small venues as well as bigger stages, but I have never seen a hardcore music show as violent and aggressive as Comeback Kid at the Pike Room! This show had everything from hardcore dancing to violent dancing; Â from stage diving Â to crowd kills. It was nothing less than amazing. Â For a small venue like the Pike Room, it can certainly get pretty wild being shoulder to shoulder during a sold-out event and this show was no exception.

Honestly, it’s events like these that help put the Michigan hardcore scene back on the map. This show now lives in my memory as one of the best I’ve ever attended and definitely on my personal top-five list. Thank you Comeback Kid and Victory Records for bringing a solid lineup of great and talented hardcore bands to the streets of Pontiac, Michigan!

You can find all info for Comeback Kid at the following links below:

Make sure you check out these other great bands that were on the “Die Knowing” lineup!