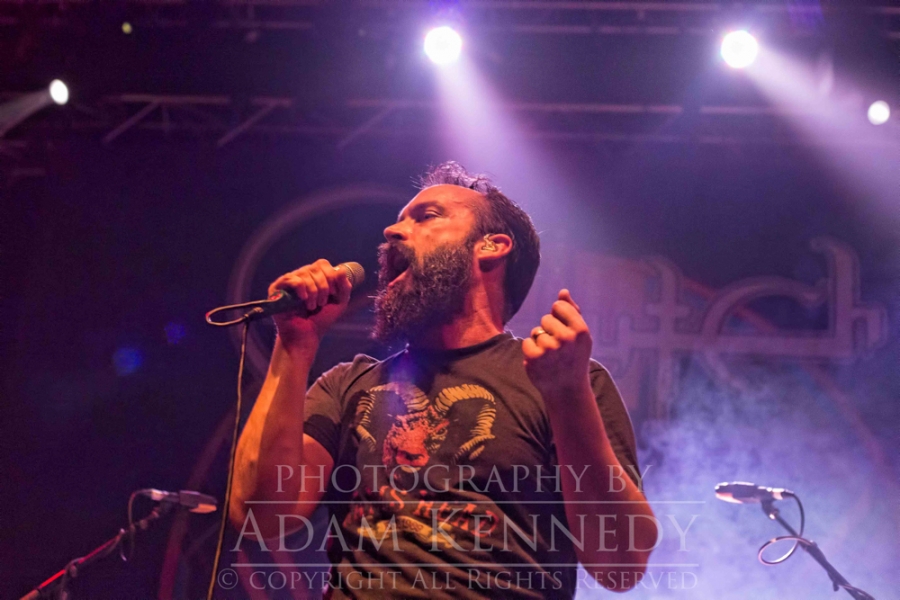 Tonight the North East welcomed Maryland ‘Earth Rockers’ Clutch to the O2 Academy Newcastle for the opening night of their European Tour.Â  A good crowd were in attendance to see the band and their Weathermaker label mates Lionize.Â  The last time Clutch played in the area was opening for Thin Lizzy back in 2012.

Last week Lionize were out on tour in the US with Umphreyâ€™s McGee, as well as releasing a split 7-inch this last weekend with Clutch for the now much celebrated Record Store Day.Â  The vinyl featured Clutch track Run, John Barleycorn Run and Either Madness by Lionize. The band’s latest album, Jetpack Soundtrack, was released earlier this year.

Next up was the mighty Clutch.Â  The band’s intro tape, We Need Some Money by Chuck Brown, rolled as they took to the stage opening their set with Crucial Velocity.Â  Energetic front man Neil Fallon strutted around the stage, arms reaching out, fists in the air captivating the crowd.Â  It’s hard to believe that the band had just flown in from the US into London Heathrow this morning and driven straight up to Newcastle.

The band charged their way through an impressive triple attack of Earth Rocker, The Face, and D.C. Sound Attack from their latest album, which is soon to be re-released as a triple deluxe (2xcd/DVD) release in June.Â  Fallon taking to some heavy-duty bluesy Harmonica riffs during the later.

Mice and Gods saw hands in the air from the crowd, clapping along, and hanging on every word before Fallon picking up his acoustic guitar and slowing it down with Gone Cold.Â  The band had the room bouncing along to the southern rock infused Electric Worry from their album From Beale Street to Oblivion.Â  The main set was brought to a close with The Wolf Man Kindly Requests leaving the Newcastle crowd cheering for me.

Clutch returned to the stage to finish the night with classic wah-wah driven Profits of Doom from their 2004 album Blast Tyrant and new track Unto The Breach.Â  A nice well-balanced set from the band, some old favourites as well as some great new material. Â  The Earth certainly rocked in Newcastle tonight!

Encore:
Profits of Doom
Unto the Breach