Greta Van Fleet announces fall leg of its 2019 March Of The Peaceful Army Tour with special guests Shannon and the Clams.

Grammy-winning rock ‘n’ roll band Greta Van Fleet announces a three week Fall North American leg of its March of the Peaceful Army Tour, set to kick off in Kansas City on Saturday, September 21. The tour will include first-time visits to Kansas City and Irvine, and the band performing a blend of fan-favorites and some brand new tunes. Shannon and the Clams, a GVF personal pick, will support on all dates. Pre-sales for Peaceful Army Fan Club members begin Wednesday, 5/15, and the public on-sale starts Friday, 5/17 at 10 AM local time. Visit gretavanfleet.com for all ticketing details.

Greta Van Fleet – Josh Kiszka/vocals, Jake Kiszka/guitars, Sam Kiszka/bass & keyboards, and drummer Danny Wagner – kicked off 2019 with sold-out shows on the band’s first-time tours of Japan, Australia, South America, and Mexico. The group is currently on a four-week tour of North America and will then head to Europe on June 27 to play a series of major outdoor festivals and some stand-alone headline dates. All confirmed dates are below. 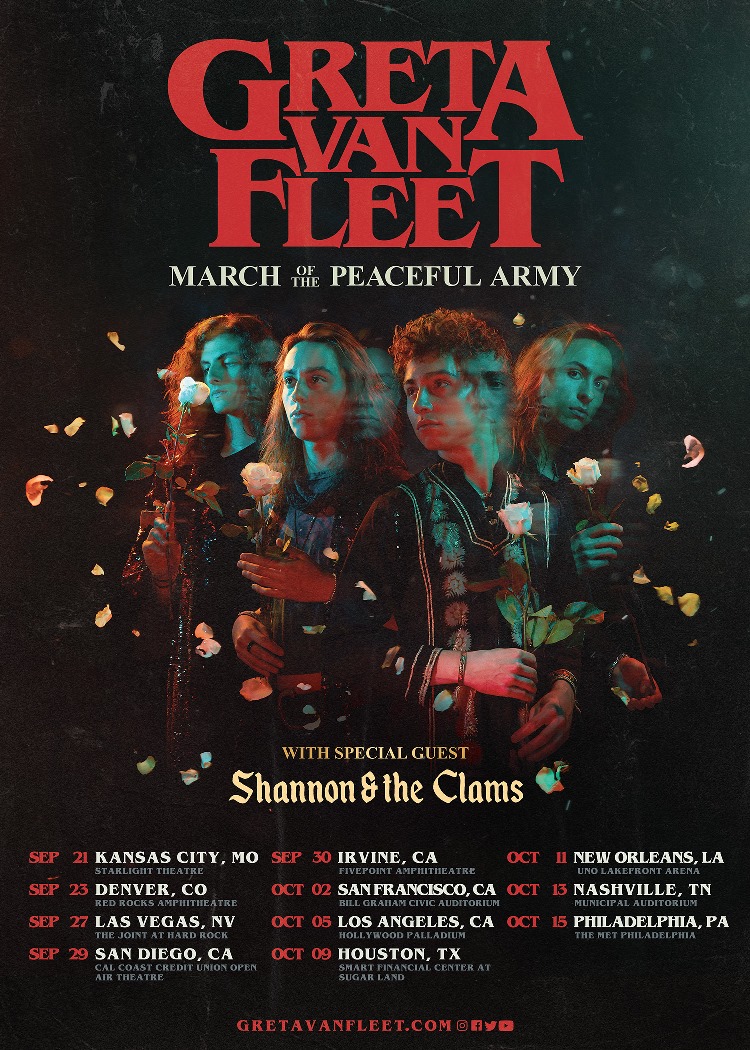