A cornucopia of stellar riffs arranged into engaging songs of unrelenting ferocity will captivate your ears after hearing Terms of Surrender by Black Fast.

I must admit that I feel like I missed a memo about an incredibly talented metal band from St. Louis called Black Fast. The band is composed of Aaron Akin (vocals/guitar), Trevor Johanson (guitar), Ryan Thompson (bass), and Ross Burnett (drums). Theyâ€™ve been around since 2010 and have released a self-titled EP as well as an independent album called Starving Out The Light. Their latest release, entitled Terms of Surrender,Â on eOne Music contains nine vicious songs of titanium.

While the roads of melodic death, thrash, and black metal are well traveled; Black Fast makes the journey into these realms feel fresh and alive. Their music brings the excitement of unseen new worlds. Youâ€™ll hear elements of classic metal bands such as Death, Kreator, Coroner, and Dissection infused with Black Fastâ€™s uncanny songwriting and passion for metal. 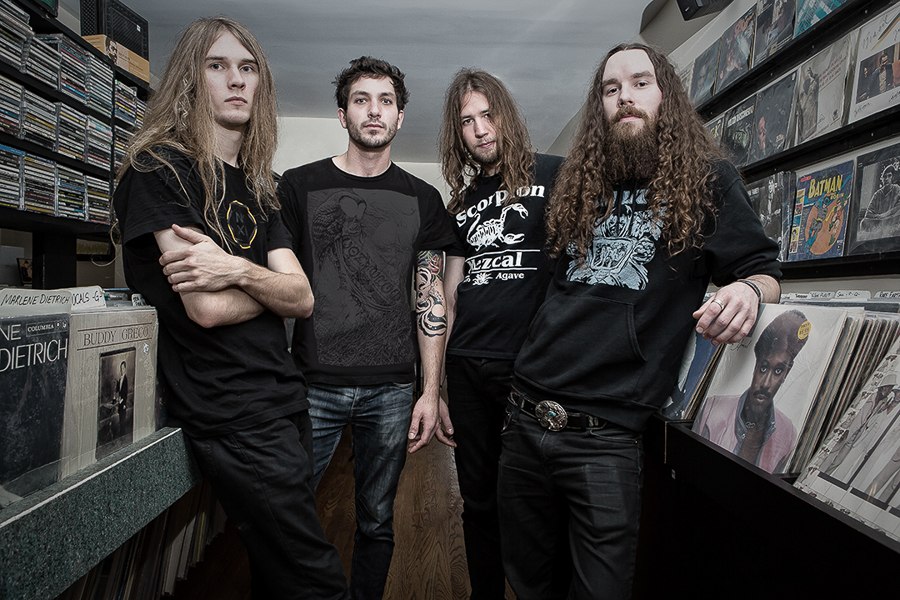 Black Fast worship at the altar of the almighty riff. They weave them into fractal tapestries of thrash metal mayhem. Youâ€™ll hear this in every song, yet it is most evident on â€œTongues of Silverâ€ and â€œTo Propagate The Void.â€ Single note flurries and majestic bass lines are matched up with splashing cymbals riding the twin thunder of kick drums.

The production and playing on Terms of Surrender are outstanding. The mix is balanced and breathes with the music. A key element of each tune is the razor precision playing of Aaron Akin and Trevor Johanson. From feverish rhythm playing in â€œThe Keepâ€ to the exquisitely twisting runs in â€œTongues of Silver,â€ these guys make it sound easy to create catchy headbanging anthems.

Bassist Ryan Thompson tone and bass work are superb. He adds a rich texture to every song. Standouts of his musical prowess can be heard on the intro to â€œThe Fallâ€ as well as within â€œI Conspire.â€ The impeccable timing and cohesion of the bandâ€™s performance rests squarely on the shoulders of drummer Ross Burnett. He has chops to match up with the best in metal with crisp and clean execution.

Black Fastâ€™s Terms of Surrender is without a doubt one of the best metal albums of 2015. This work of art is a must-have for all metal fans, especially for those who enjoy great technical music with hooks that are catchy as hell.