Throw some top shelf tequila on a hot patch of desert highway, and the flash fire that results is the new Dead in 5 album.

Dead in 5 is Robert Libres (Vocals), Brent “X19” Hall (Guitar), Dana “Deadly” Forrester (Bass), Peder “The Terminator” Seglund (Guitar), and James Trunko (Drums). This five piece from Detroit first formed in 2013 and has been quite active ever since. The band has a new EP, Schizophrenic Razor Project, that is six tracks of “‘Sons of Anarchy’ meets ‘Fight Club’ set in the post apocalyptic ‘Mad Max’ environment of Detroit Rock City.” The album was produced, mixed, and engineered by Chuck Alkazian, of Soundgarden and Alter Bridge experience, at Pearl Sound Studios in Canton, MI. 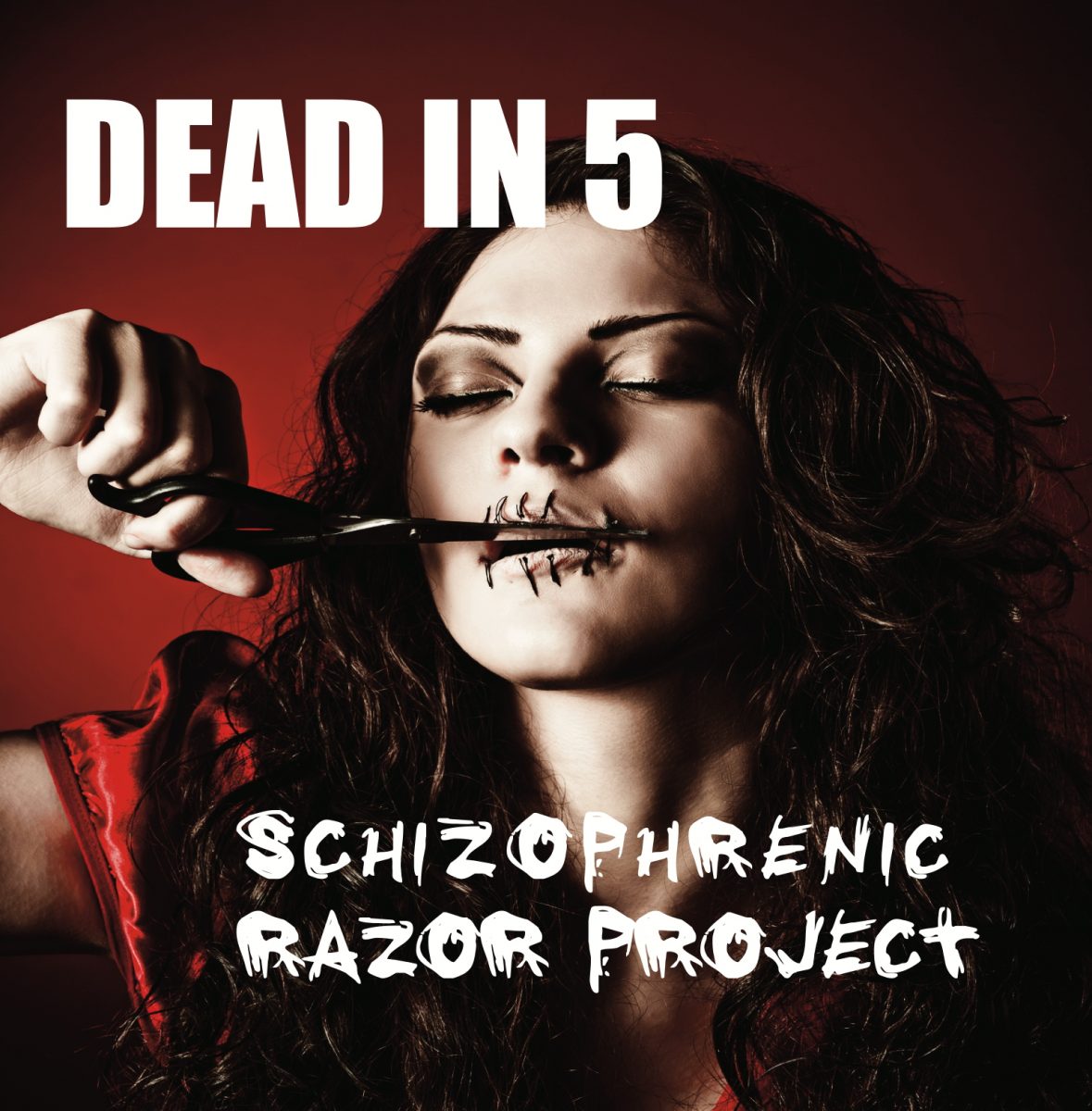 “Sliver” is a good example of the ease in which Brent and Peder can seamlessly blend their guitar playing into one focused attempt to make your ears bleed with the sheer tempo of play. The drum intro on “Still Remains” is James at the peak of his ability and doesn’t let down from there. Robert, on his vocals through out the offering, gives you a few different styles but it all equals a monster effort of one minute hypnotizing you and the next kicking you in the face. Dana’s bass tracks add that last bit of needed groove to all six of the songs on the EP. For a pure, hard rocking release it doesn’t disappoint and shows that Aural Pleasure Music made a good choice to be the label to put this record out.

The only down side is that even at 21 minutes and the six mentioned tracks, it doesn’t quite satisfy the need to hear more new music from the band. We can only hope another full length offering is in the works. When that happens, National Rock Review will go into a more in depth break down of the release. Until then, upcoming shows for the band are: