Norfolk based five-piece Bad Touch returns with their third studio album and their debut under a new worldwide album deal with Marshall Records.

The group’s eagerly anticipated new album Shake A Leg was recorded at Orange Tree Studios in Norfolk and engineered, produced and mixed by Andy Hodgson. 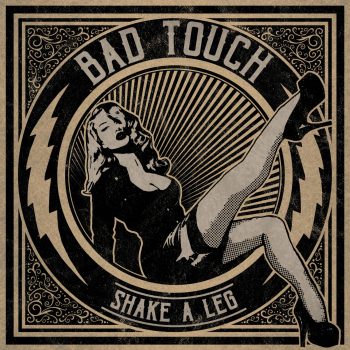 Bad Touch boldly took a new direction in terms of songwriting and production on this release. These tracks were written in situ within the studio itself, which in turn gives the record much more of a live feel.

Shake A Leg gets underway with new single “Lift Your Head Up”; an uplifting, joyous and somewhat infectious number which immediately grabs your attention and sets the tone for the rest of the album.

Moving on, the southern rock-tinged “Hammer Falls” has a sound which is unmistakably Bad Touch and comes complete with some blistering wah infused fretwork. Continuing with the southern rock theme, Bad Touch pays homage to the late great Duane Allman with their recent single “Skyman”.

Having written and recorded Shake A Leg in their native Norfolk, the theme of home prevails throughout the record. This is particularly the case during heartfelt numbers such as “I Belong” and “Bury Me”, which features some incredibly poignant and thought-provoking lyrics. With this album, frontman Stevie Westwood has really grown as a songwriter.

There are many stand out tracks on Shake A Leg including the likes of “Tussle” with its incredibly infectious groove and the Zepp-tinged classic rocker “Movin’ On Up”. Tracks such as “Too Many Times”, “Take Me Away” and “Show Me What It Means” are packed full of catchy hooks, big riffs and huge choruses that will inevitably make them live favourites on the band’s forthcoming UK tour.

It goes without saying that there is nothing ‘Bad’ about Shake A Leg, these incredibly talented British rockers are simply untouchable.

Shake A Leg by Bad Touch will be released via Marshall Records on Friday 5th October. A UK tour in support of the album will follow where the band will be joined by special guests Aaron Buchanan and the Cult Classics and Swiss newcomers Daxx and Roxane.