Mighty Fox is a recognizable radio friendly sound but carry a musical aura completely of their own style.

Releasing their first EP Oceans on June 24 independently, Mighty Fox (Recently rebranded as Masses circa 2015)Â has turned heads in the industry. They are bringing back a familiar hopeful sound like The Fray did in 2005. While listening to the record, you can hear the bands dominant influences: Imagine Dragons and U2.

Mighty Fox see themselves not just as a musical project, but more a journey through their experiences, and a way of life. The Chicago based group is up and coming and giving listeners a feeling of fulfillment with their debut EP. The bandâ€™s members, Mike Jansen on vocals, Markham Jenkins on guitar, Johnny Walker on bass and, Jon Lewchenko on drums are on their way to making Mighty Fox an entirely new musical experience.

Mighty Fox has a well-rounded sound anyone and everyone can relate to and enjoy. Donâ€™t let the names fool you though. Mighty Fox has definitely found a sound of their own which translates incredibly to their live show.

The first track and first single from the album, â€œWild Ones,â€ is a powerful and inspiring track. It sinks in at the beginning with a quick tempo like most pop/rock songs. The lyrics match the tempo of the track with, â€œIâ€™m on the edge of my seat…â€ You get the idea of where this track is going.

In â€œThis is Our Life,â€ the guitar is simple but stands out, holding the tempo of the song, and just like â€œOut of Reach,â€ it grows with sound. The lyrics are slightly repetitive, but give the listener something to chant while listening to the track. An ascending and descending electronic scale plays throughout the song giving it a space like feel.

The third track â€œLet Goâ€ pulls in the listener with a solid tempo on the bass drum. The track is strong and takes the listener back to the days when U2 was at their peak. Itâ€™s a showcase closer and sets Mighty Fox up for the anticipation of live performances… and thatâ€™s just half the EP.

â€œSweet Symphonyâ€ doesnâ€™t sound like a symphony of classical instruments, but rather a gripping track with a catchy chorus. It starts out simple, you feel as if youâ€™re waiting for a climax and a resolution, which is satisfied at the chorus. If this song were to be played in an arena with thousands of fans, itÂ would echo through the pulse of everyone in attendance.

â€œTomâ€™s Songâ€ brings the EP to a close and the tempo slows down the fluid movement of the release. The opening is stark with a simple piano melody. The guitar has a bit of a showcase and the rhythm of the drums keeps the pace. In true fashion, the song grows just like the rest do but it catches you off guard and abruptly ends, unique.

â€œOceansâ€, the first track, opens with the theme of the album. It has relatable lyrical content, most obviously the nautical metaphors. The sound, on the other hand, feels as if itâ€™s exploring different time signatures, but it feels right listening to it, because itâ€™s fluid. Itâ€™s a showcase closer and yet another tune that sets the listeners anticipation high forÂ a live performance. 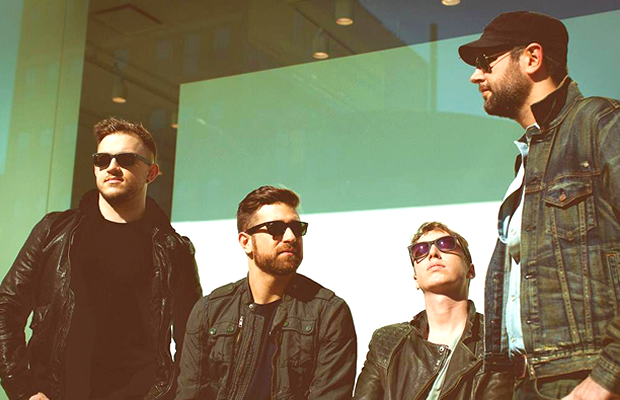