Wysteria is a five-man metal army of rockers from Long Island, New York.

Wysteria, named after an abandoned building in the Kings Park Psych Center on Long Island, has made its mark on the metal circuit with the release of their debut EP titled Electroshock Zombie Parade.

The cover artwork shows several hands down the length of a corridor, in what looks to be the abandoned building mentioned above, reaching out to grab passers-by. The music on this release does just that with six tracks of relentless metal that capture then shatter your cranium as it leaves its digital sanctuary.

From the opening track “Digital Heroes,” the boys deliver no-nonsense metal, followed by the heavy “Broken Skies,” and “Time To Go.” Things slow down a bit with the heavy ballad “Gentle Side,” which is very deserving of radio airplay.

“Wrong Turn” follows picking up the pace with the title track, “Electroshock Zombie Parade,” closing out the album. 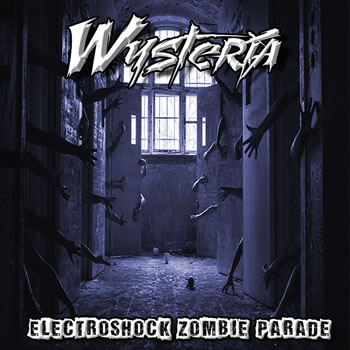