The album is the complete package… funky blues, punchy rock numbers, blistering guitar solos, and heartfelt ballads. Patlansky’s sound has great tone. With tracks like the epic “Your War,” you get a slowly building number in the vein of Led Zeppelin’s “Since I’ve Been Loving You” through to a rip roaring, wah infused crescendo. His solos demonstrate his appreciation of space; it’s almost as much about the notes he doesn’t play as the ones he does.

“Taking Chances” is one of the stand-out tracks on the album. A straight up blues rock number, with Stevie Ray Vaughan inspired undertones and a fast and fierce solo.

Patlansky is a relatively unknown quantity in the UK, but not for long. Having recently opened for Bruce Springsteen in front of an audience of 64,000 in Johannesburg, and an impending debut UK date at the Borderline in London, big things are coming for Dan. 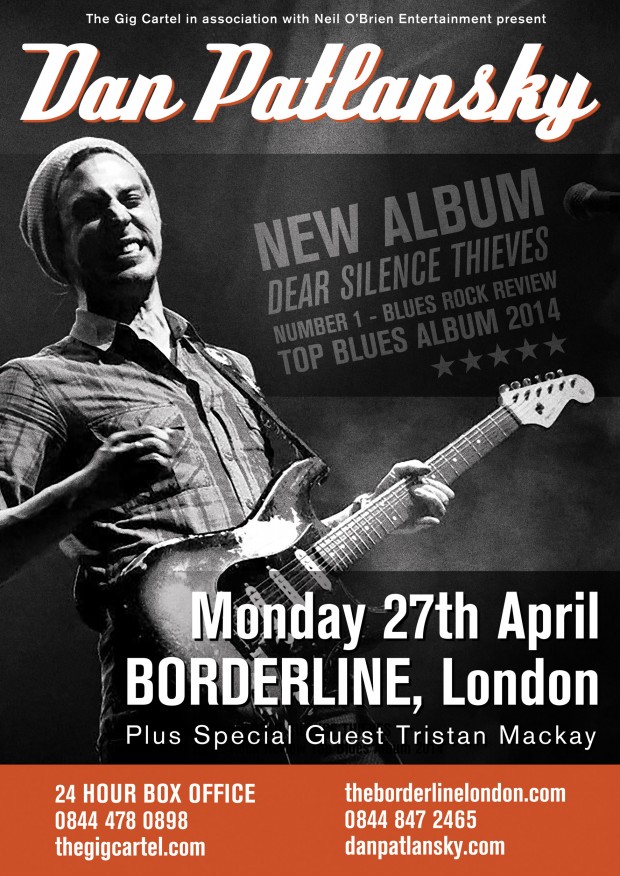