It’s been a long time coming, but the debut Broken Witt Rebels album is finally within our reach.

Following the band’s recent signing with Snakefarm records; the latest imprint from the Universal Music Group the Broken Witt Rebels will release their debut album on 24th November.

For those who have followed the band’s progress in recent times, many of the tracks on the record will come as no surprise. The band’s self-titled debut release features six digitally remastered tracks from their last two EP’s – Howlin’ and Georgia Pine respectively. 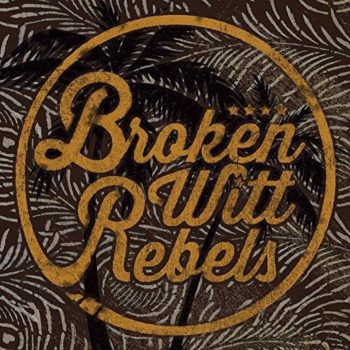 Old favourites like “Georgia Pine” and “Shake Me Down” showcase the band’s soulful southern rock side. Broken Witt Rebel’s hit single “Guns” and the incredibly infectious “Low” both feature and have a real anthemic quality about them.

However, the cherry on the top is the four brand new tracks featured on the record, some of which have been previewed during the band’s recent headline UK tour. The album opens with the groove-heavy “Loose Change”, which along with “Snake Eyes” are arguably the heaviest tracks the band has written to date.

On the other hand both “Breathless” and the band’s current single “Wait For You” bring Broken Witt Rebel’s sound right up to date with a couple of huge contemporary rock numbers. The first of which also utilizes some electronic drum beats in places, but at the very heart of these songs is that distinctive Broken Witt Rebels sound which their fans have come to know and love. Each of these tracks also feature huge arena-filling choruses which simply sweep you away.

Broken Witt Rebels debut offering really chronicles the evolution of the band’s sound. With the group’s freshest cuts on the record, you can hear a change in direction into new and unchartered waters, which will surely make for exciting times to come. Just like a line from the band’s crowd pleasing hit single “Guns”, this exciting Birmingham based quartet continue to ‘burn bright just like a cigarette’.