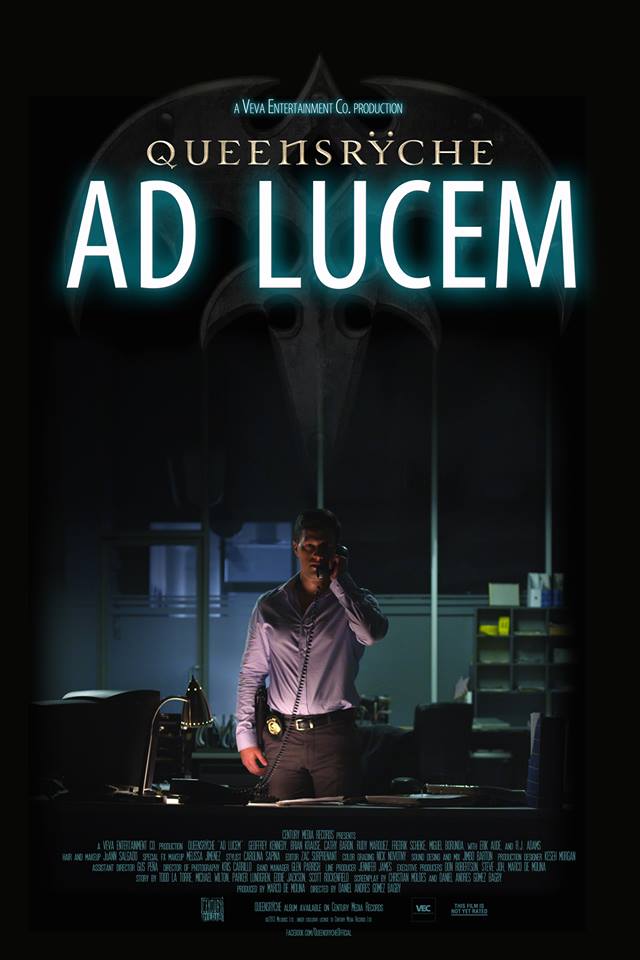 Legendary Seattle rockers,Â QueensrÃ¿che recently filmed a ‘mini movie’ with the tracks, “Spore”, “Midnight Lullaby”, “A World Without”, and “X2” providing the score to a 10-plus minute story, dubbed QueensrÃ¿che: Ad Lucem. The film was created by Veva Entertainment Co. with director Daniel Andres Gomez Bagby and producer Marco De Molina and was filmed last month on location at Central City Stages in Los Angeles.

Todd La Torre, vocalist for QueensrÃ¿che has issued the following statement: “We decided to take a different approach with this video, which is comprised of four pieces of music from our latest self-titled release, QueensrÃ¿che. It’s a conceptual mini-movie music video that invites the audience to scratch beneath the surface a bit, rather than the usual “chewed food” that so many are used to being fed. We really wanted to deviate from a performance type of video so the music and story-line could be the main focus.”

La Torre also adds, “The overall theme of the song Spore is one that deals with personal demons, relationship struggles, career pressures, personal/professional morals and ethical dilemmas. These are issues we all face on some level and the video touches upon them all. Midnight Lullaby/A World Without deals with the loss of a mother during childbirth, leaving a father as a single parent and struggling to move forward through the turmoil. X2, though it opens up our album, provides for a nice outro to it all. The end result is a roller coaster of emotion in an effort to find a healthy resolve. Given our history, we feel that this multifaceted conceptual video, along with a great cast of actors to suit, will really resonate with our fans.”

QueensrÃ¿che first burst onto the music scene in 1982 with the release of their self-titled 4 song EP QueensrÃ¿che. They very quickly gained international recognition and performed to sold out audiences around the world.

With the follow-up first full-length album “The Warning” in 1984, and the ground breaking 1986 release of “Rage For Order”, QueensrÃ¿che continued to prove their worldwide dominance as one of the most respected and creative bands of the 80’s. In 1988 the band turned out yet another monumental album, “Operation: Mindcrime”, which would go on to become one of the TOP 10 best-selling concepts records of all time, and set the stage for continued sold out performances around the world. With the release of the critically acclaimed and commercially successful “Empire” in 1991, the band earned multiple Grammy Award nominations and won the MTV “viewer’s choice” award for the #1 chart topping hit “Silent Lucidity”. During the next ten years, the band continued to release albums and tour the world to sold-out audiences. QueensrÃ¿che has sold over 30 million albums worldwide and have continued to break new ground and push their creative process.