Howie D. recently got to catch up with guitarist Jes De Hoyos from hard rockers Sons Of Texas. They talked about how the band came together; working with acclaimed producer Josh Wibur; the band’s wide range of influences; the debut album; advice to newer bands trying to get to that next level; being so young in an industry that is known to show no mercy; and more.

Sons Of Texas has been making a name for themselves in 2015 with the release of their debut album, Baptized In The Rio Grande (Razor & Tie). They’ve been touring non-stop since its release earlier this year and have been spreading their brand of Texas hard rock to the masses. The band is currently on the road and have dates coming up with Buckcherry and Trapt. For a dose of in-your- face hard rock with an obvious touch of metal and southern rock influence, check out Sons of Texas.

The interview with Jes De Hoyos from Sons Of Texas:

Baptized In The Rio Grande, the debut album from Sons Of Texas: 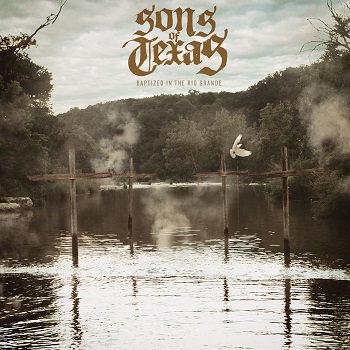