Motor City originals, Chrome Mollie, known for the down and dirty style of old school hard rock, have just released their killer new album All or Nuthin’.

Chrome Mollie recently was nominated for the 2014 Detroit Music Awards for Best Hard Rock/Metal Group. Their album has been greatly anticipated and early reviews are sure to please any fans of hard rock and metal.

Chrome Mollie recently took time to talk with Mick McDonald of National Rock Review regarding the album, their music, and plans for the future.

All or Nuthin’ is available at Amazon: 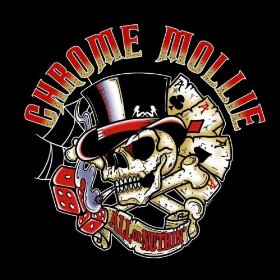 All or Nuthin’ CD