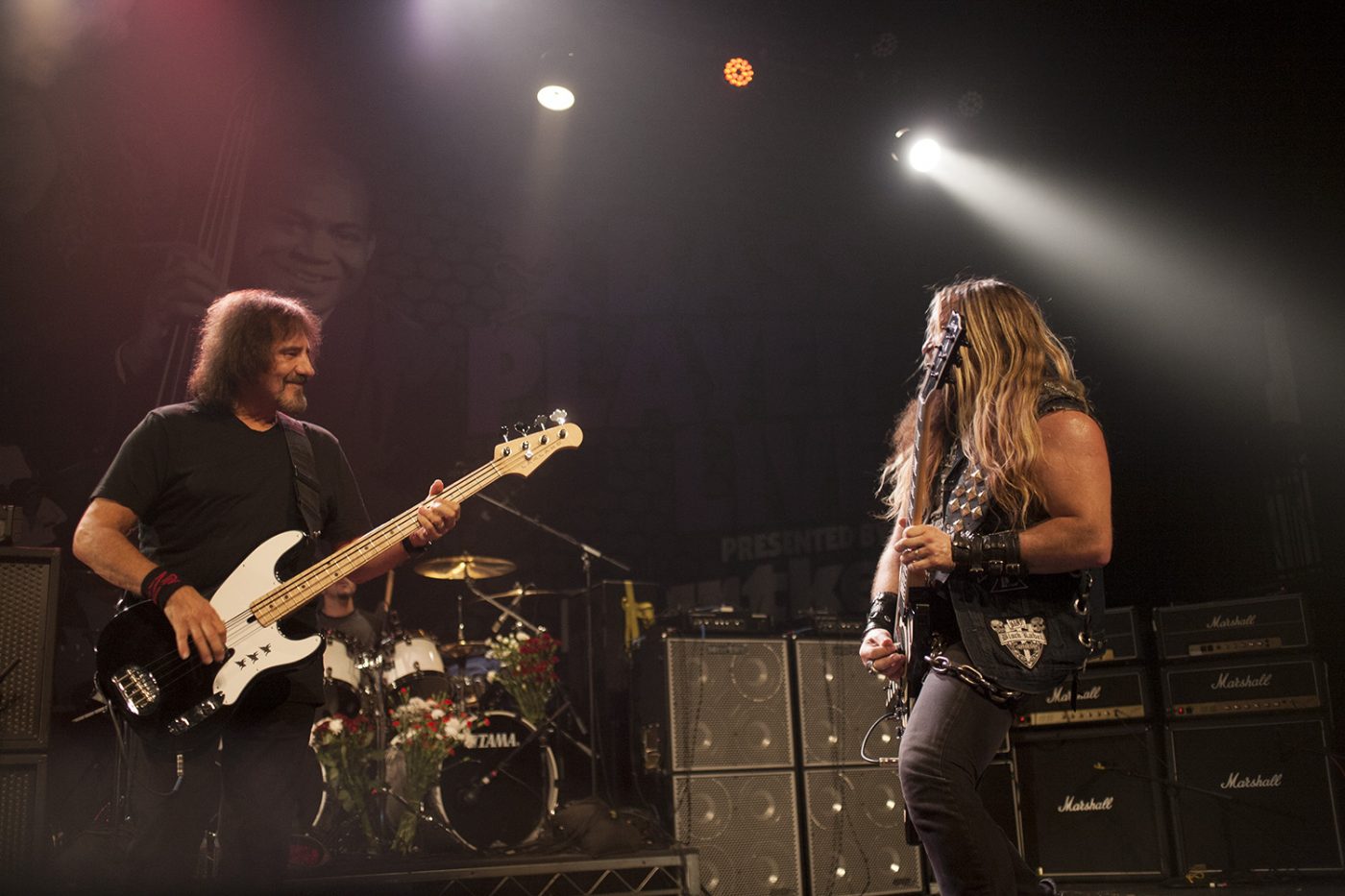 Hartke, one of the leading bass amplification manufacturers in the world, left a mark on Los Angelesâ€™ Fonda Theatre on Saturday, November 9th at Bass Player Live. The company brought together some of musicâ€™s finest players for an all-star tribute to bass legend Geezer Butler.

â€œThe energy and excitement by everyone in the room was overwhelming. Looking out on that stage and seeing this amazing roster of musicians along with the honoree himself, Geezer Butler playing these classic songs up close and personal was awe-inspiring. We knew we were witnessing something special and looking out in the crowd, they knew it too,â€ says Hartkeâ€™s Director of Marketing, Mark Menghi. â€œI even saw Robert Trujillo of Metallica in the crowd acting like a kid in the candy store when Geezer took the stage. Having the honor of presenting the Bass Player Magazine Lifetime Achievement Award to Geezer was easily one of the most memorable nights of my career and Hartke was glad to be a part of it.â€

â€œThis was the year Metal took over Bass Player Magazine! To honor Geezer Butler, THE quintessential Metal bassist, was the pinnacle of dedication to our genre,â€ explains Megadeth bassist David Ellefson. â€œTo prove it, a congregation of the top ranking metal bassists and musicians were in the house, all to show our respect to Geezer for all of his remarkable contributions and songs that have been the soundtrack to our lives.”

â€œTerry â€œGeezerâ€ Butler is my number 1 influence and greatest teacher of electric bass.â€ says Jason Newsted. â€œAll true metal bassists look up to Geezer as a pioneer and Godfather of our chosen instrument. The best, ever.â€

The full lineup and song list for the tribute to Geezer is below:

Hartke has been revolutionizing the world of bass amplification since 1985. Today, Hartke is one of the leading manufacturers of bass amplification and that creativity and strive for unique tone still drives the brand today. Their vast product line includes the revolutionary XL and HyDrive cabinets, the raw power of our LH and HA Series Bass Amplifiers, the classic paper tone of our AK and VX Series Bass Cabinets and countless accessories for bass and more. The Hartke sound is the standard for many world-class musicians including Victor Wooten, Geezer, Butler, Nate Watts, David Ellefson, Frank Bello, Stu Hamm, Billy Sheehan and many others.