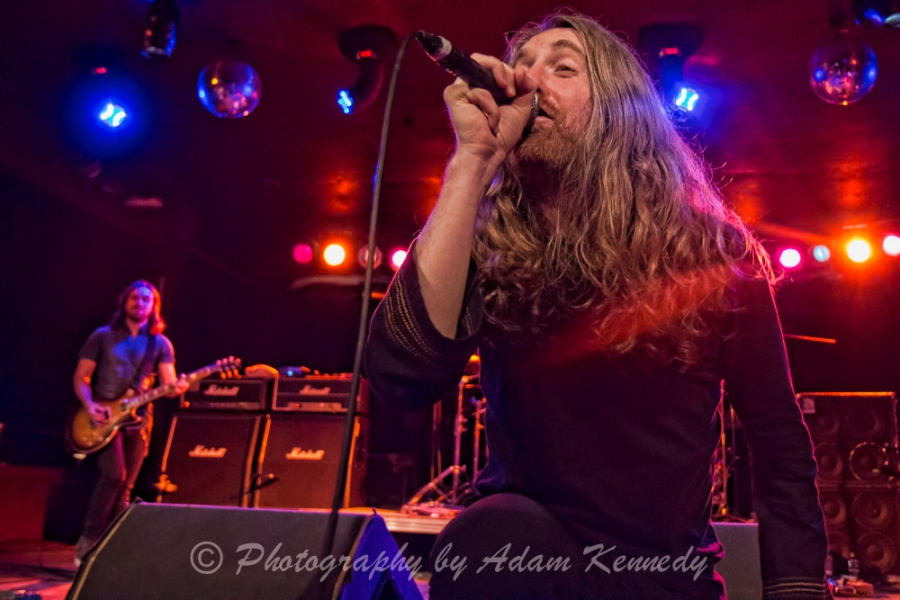 The Answer brought their Roads Less Traveled tour to Middlesbrough Empire on Friday night. This is their first ever show in the area, touring off the back of their latest album, New Horizon.

The evening started with a great set by local band, Sirens in the Delta. Sirens is a five-piece fronted by a female lead singer, a trend these days. Fortunately, they are not just one of the many; the band has a good sound and Katie has a great voice. According to their website, they are working on releasing an EP in the near future and have posted a sample for your listening pleasure.

Following Sirens, The Answer took the stage with their brand of real rock-n-roll to the eagerly awaiting Teesside crowd. The band’s set spanned all of their four studio albums including crowd pleasers, Memphis Water and Come Follow Me. The band also paid homage to the late Rory Gallagher by playing an incredible rendition of Cradle Rock.

Lead singer Cormac Neeson established a great rapport with the crowd. During the band’s encore, much to the surprise of the crowd, Neeson was carried through the audience on the shoulders of a fan before being promptly returned to the stage.

The band closed their set with a great version of Preachin’ from the band’s first album, Rise.

Although this may have been the band’s first visit to Middlesbrough I doubt it will be the last; the show was nothing short of spectacular!