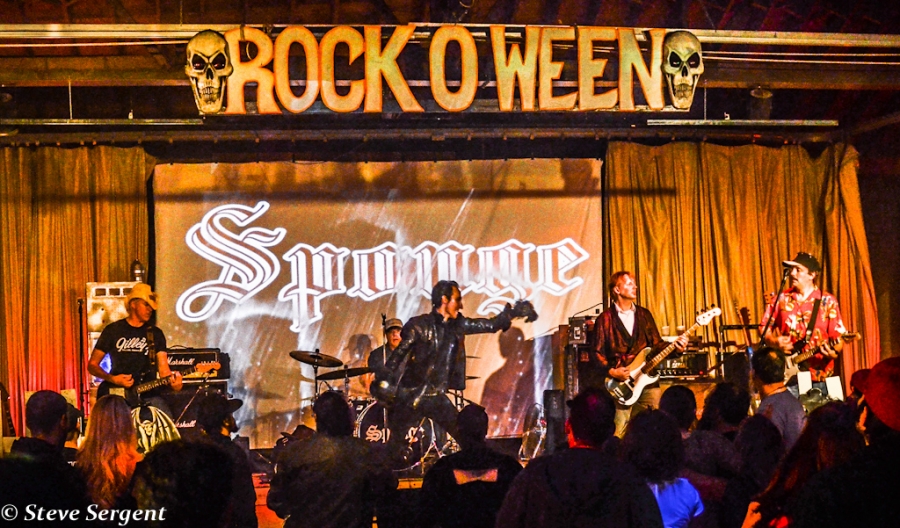 Detroit’s own Sponge brought their rock show to Jackson on Friday night. Rak’s Sports Bar featured Sponge as part of their Rock-O-Ween series. Fresh off the release of their new album “Stop the Bleeding” and a successful “Summerland” tour they played a powerful set to an audience dressed for Rock-O-Ween. Featuring “Magnum P.I.” Andy Patalan on guitar the band played all the crowd favorites along with “Come In From The Rain” and “Fade From View” from the new album.

For everything Sponge check them out at www.spongetheband.com and on Facebook at www.facebook.com/Spongerocks

New album “Stop the Bleeding” is available on iTunes now!