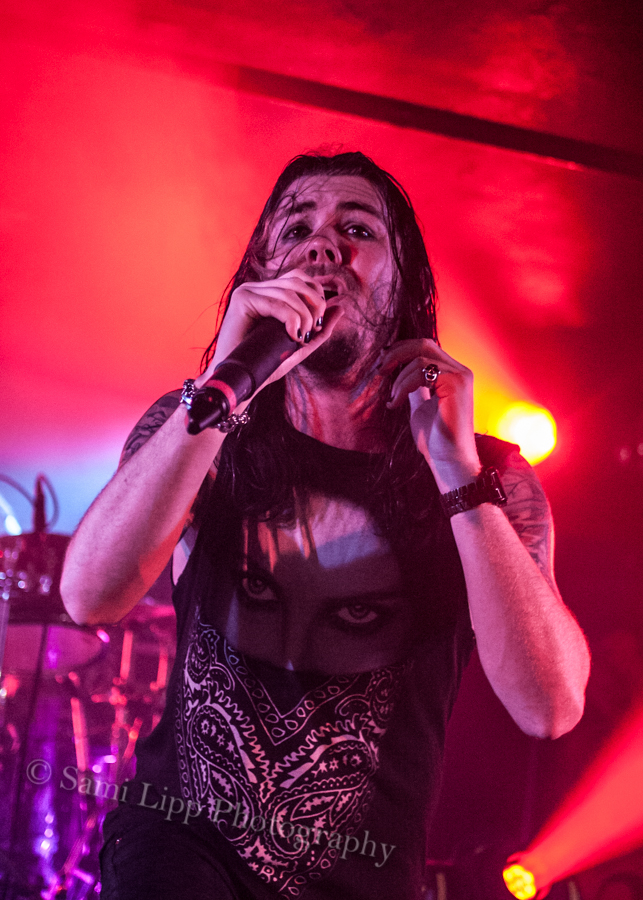 One of the hardest things an established band can do is replace their lead singer. For every band who has succeeded are countless others who failed. After seeing Saliva rock the Token and hearing their eighth studio album, Rise Up, you can say 100% these guys have succeeded. New singer Bobby Amaru (replacing singer Josey Scott, who left the group in 2012), has become an amazing addition to the band.

Saliva’s reboot certainly inspired the band to deliver an album that pushes their sound to new heights. The new material certainly meets the high standard set by their biggest hits, Click Click Boom, Always, and Ladies and Gentlemen. Long-time fans will be pleased.

Saliva’s new album, Rise Up, will be in stores on April 29th. They have a busy spring and summer planned with tour dates. There’s also talk of some late summer festivals and then possibly heading to Europe later this year. Keep posted with them to find out where they’re playing near you!

Joining Saliva was Bloodline Riot. With a hard-hitting combination of melodic verses, heavy riffs meshed with a pounding back beat, Bloodline Riot (formed by members from different big rock bands in the Detroit area) came together to mesh the influences of their previous bands into a heavy sound distinctly their own.

Bloodline Riot won the Ernie Ball/Best Buy Music Gear Battle of the Bands in August 2011, and earned a slot on the Rockstar Uproar Festival Detroit line-up at DTE Energy Theater. They were also nominated for six Detroit Music Awards in 2012, including Best Hard Rock/Metal Group, Best Rock/Pop recording for Burn, and Best Live. In addition, they were named one of 89x Radio’s ‘Best of 2011’, an honor given to the most requested, most played, and biggest songs of the year.

From amazing guitar riffs to the heart pounding drum beats all meshing perfectly with intense vocals, Bloodline Riot delivers jaw-dropping live performances and will leave you energized and wanting more. Their debut album, Keys and Clockwork, is now available, and they will be touring around Michigan in the spring and summer. Go see these guys; it will be a show you won’t forget!

Overstone is a hard rock band became formed in 2012 by brothers Marc and Mike Harnos. Their songs are an amazing collection of gritty and grungy music that captures the heavy sound of the 80s and grunge of the 90s. Their music hits you like a ton of bricks with powerful vocals, fiery riffs, blazing solos, explosive bass, and pounding drums. These guys are a band worth seeing live. They put on an awesome, heavy show that you’ll leave headbanging for days to follow.

Flush was the first band on stage for the night, what a way to open a show! They pack a loud and powerful punch on stage, with the energy of the vocalist and their heavy hitting sound; you won’t want to miss these guys. They give a full arena performance for every show they play. They are currently touring locally and writing/recording their first full length album, South Bound. Keep an eye out for these guys in 2014!