The sonic style they bring to the world weaves together modern rock tones and riffs with classic rock licks and grooves. The Transporters construct a huge wall of sound in their original music that blows you away with the sheer power of super tight riffs, while drawing you close with melodies and vocal harmonies.

The band officially formed in April 2012, when the three Dean brothers, Catlin, Baylon, and Dillon, decided to take their love of music and see what they could develop. Through hard work and maintaining a rigorous rehearsal and live performance schedule, the band is quickly elevating their playing abilities and has accomplished the reputation of being one of the tightest bands around.

With a home base being Abilene, Texas, the brothers have toured heavily within their region and across Texas throughout the youth of their career. Their relentless efforts have earned them the opportunities to share the stage with several major touring acts such as: Black Stone Cherry, Candlebox, Smile Empty Soul, Hed P.E, Gemini Syndrome, The Toadies, and Vallejo amongst several others, also making an appearance playing for the SXSW festival in Austin.

The Transporters recorded and released their debut EP Walk Away in September 2013, and plan to return to the studio to record new material in 2014. The band continues to improve and develop their sound as a group. Look for them in a city near you and experience first hand what the buzz is about.

Walk Away by The Transporters is available for immediate download at Amazon: 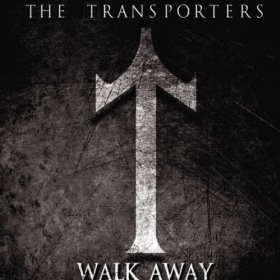