The Planetary Blues Band are interviewed on one of the hottest blues shows on the dial, America’s Blues Radio, this Tuesday, June 24 at 8pm Central time with host, Jimmy Warren.

Other upcoming Planetary shows of note: Big Dawg On My Trail Blues Festival, Saturday, July 12 in Richmond, Indiana; and the Rock 4 Hope Benefit Concert in Merrillville, IN on Sunday, August 10 (complete upcoming itinerary below).

The Planetary Blues Band’s album Once Upon A Time In The South Loop received top 2013 year-end honors including the #7 spot on The Sunday Night Blues Project (â€œan attractive abundance of energy and talent and plenty of chops. This CD showcases a band on the way up.â€); as well as a “Top 10 Regional Albums of 2013â€ pick by Northwest Indiana Timesâ€™ music critic, Tom Lounges (â€œthere have been few, if any, Northwestern Indiana groups who have steadily progressed and impressed as the Schaefer-Murray brothers who, as The Planetary Blues Band, have evolved into a rock solid unit.â€). The group were also a â€Future of the Blues â€“ Class of 2013â€ pick by Blues Underground.

Once Upon A Time In The South Loop is available at Amazon: 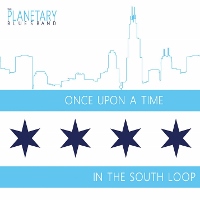 Once Upon A Time… CD