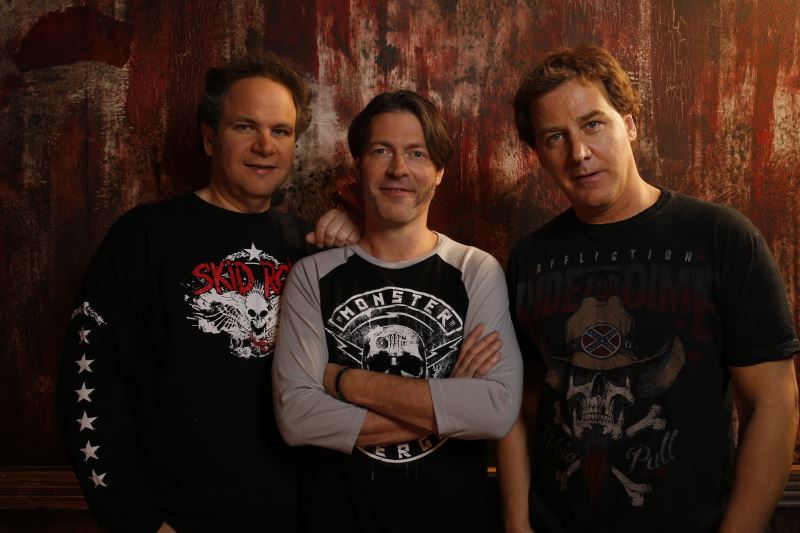 Since last weekâ€™s season debut â€œThat Metal Showâ€ will continue to bring their audience the biggest names in hard rock and heavy metal. A slew of guests have already been confirmed for the upcoming episodes including Myles Kennedy and Mark Tremonti of Alter Bridge, Randy Blythe and Chris Adler of Lamb of God, and The Winery Dogs. Also confirmed to appear during Season 13 are Mick Mars, Ted Nugent, Ace Frehley, Peter Criss, Joe Satriani, Mick Jones, Leslie West and Vinnie Paul. Other guests are still being confirmed at this time with more to be named at a later date.

Known for having the best musicians in music perform each week on â€œThat Metal Show,â€ Season 13 will continue the trend with the likes of surf guitar maestro Gary Hoey and metal master Anthrax drummer Charlie Benante. Other blazing musical performances by Charred Walls of the Damned drummer Richard Christy, female guitar legend Lita Ford and Guns-N-Roses fret wizard Bumboefoot are also confirmed to make the new season the most musically diverse collection of shows in â€œThat Metal Showâ€ history.

This season will mark some monumental changes for the show as it returns to New York City for Season 13. Previously, the show was taped over several days of one week out at Sony Studios in Los Angeles. The new season will be shot at Metropolis Studios on Tuesday nights for broadcast that Saturday. Season 13 will also consist of 12 new episodes making it the longest season in the showâ€™s history. Fans can also catch the complete season 12 and brand new exclusive bonus clips at ThatMetalShow.VH1.com and in the new VH1 app. New episodes of season 13 will launch on the web and in the app every Sunday morning following the showâ€™s on-air premiere.

â€œThat Metal Showâ€ premiered on VH1 Classic in November 2008 and since then has become the only place for all things hard rock/heavy metal on cable television. The show has been visited by some of the biggest names in music including members of Black Sabbath, Aerosmith, Pantera, Anthrax, Kiss, Iron Maiden, Metallica, Pearl Jam, QueensrÃ¿che and Heart to name just a few.

VH1 Classic brings you the best metal, rock, soul and pop from the â€™70s, â€™80s and â€™90s. The channel features the gods of rock â€“ from Black Sabbath, Metallica and Iron Maiden to Stone Temple Pilots, Pearl Jam and Dire Straits â€“ in marquee concerts and music specials, and of course, tons of classic music videos. Recent big events include National Metal Day (11.11) and Metal Evolution, an 11-part documentary series on the history of metal. When it comes down to it â€“ all music should go to 11.