At the House of Blues in Anaheim, California, Rex Brown and Gary Holt join members of Anthrax, The Cult, Death Angel, Mastodon, Megadeth, Sepultra, and Testament for aÂ night of rock packed with legends.

Rex Brown said about the event,Â â€œWhat better way to kick the new year in the fucking ass than with a Metal Allegiance show? House of Blues in Anaheim barely survived the last time! GET IT LOUD AND TEAR IT DOWN!!!â€

â€œIâ€™m fired up to participate in Metal Allegiance at the Anaheim House Of Blues on January 21. Always awesome to jam with so many musicians I know and admire as well as some I’ve never had the chance to jam with before despite having known some for ages. Almost time to rage!!!” Gary Holt said about the show.

The event will be hosted by DJ and radio personality from Sirius XM, Jose Mangin. The set list for the show includes songs from Black Sabbath, Judas Priest, Kiss, Iron Maiden, and a special part of the show dedicated to Van Halen’s debut album. Scott Ian will be kicking off the event with his Spoken Word, where he will recount stories from his career in support of the release of his autobiography, I’m The Man: The Story Of That Guy From Anthrax.

The Metal Allegiance show is sponsored by Jackson Guitars, EVH Gear, The Music Zoo, Sinister Guitar Picks and JÃ¤germeister. Tickets for Metal Allegiance are $29.50 in advance/$32.50 day of show and are on sale now. Tickets can be purchased via TicketmasterÂ or at the House Of Blues Anaheim box office. 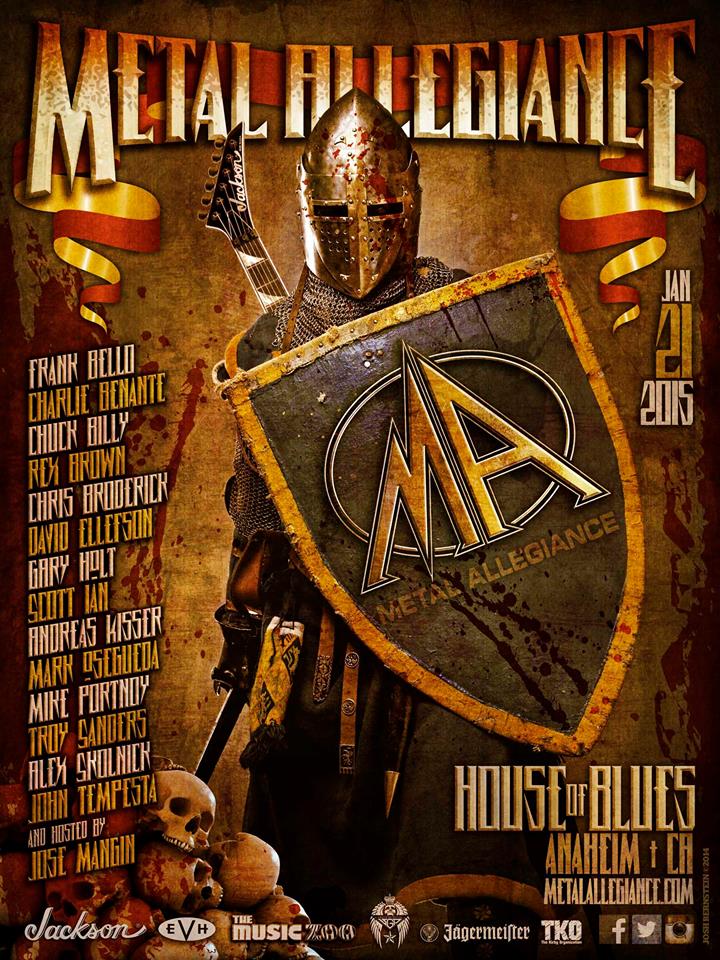